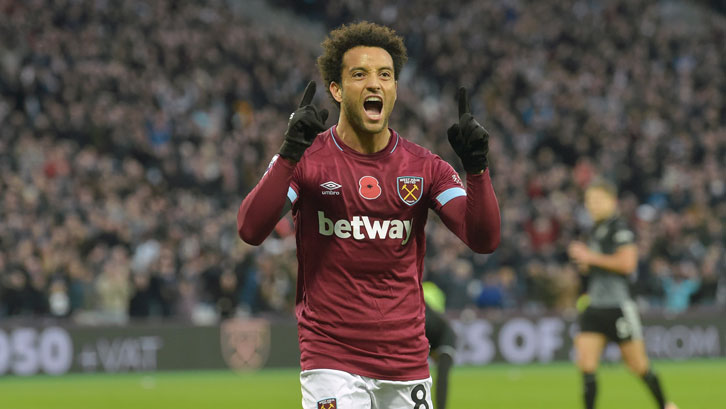 Depending on who you listen to, football is either a results business or an entertainment business.

Central to the Hammers’ eye-catching display was Brazilian Felipe Anderson, who produced his most-effective 90 minutes in Claret and Blue after being publicly encouraged to do so by his manager Manuel Pellegrini.

Starting wide on the left as one of three attacking midfielders, the 25-year-old was irresistible, scoring two goals and going within inches of doubling that tally.

Felipe Anderson touched the ball a season-high 103 times – 25 more than second-place Robert Snodgrass – and attempted 75 passes, including a staggering 52 in the Burnley half of the pitch.

The No8 posed a threat from kick-off to final whistle, unleashing five shots on goal, four of them on target, and making two key passes, but those numbers do not tell the whole story. 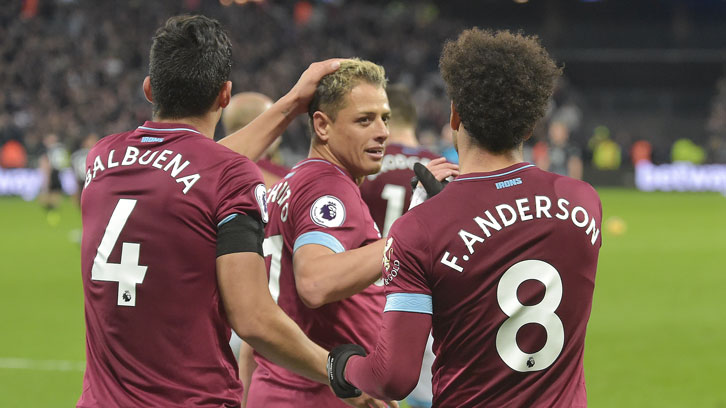 Every time Felipe Anderson got the ball, Burnley retreated, and the Brazilian took full advantage.

In the first half, his perfectly-weighted through ball almost set up a second West Ham goal for Marko Arnautovic, while only a miraculous goalline clearance from Ben Mee denied him a goal of his own.

In the second, he stepped up when West Ham needed him most, putting his team in front not once, but twice.

Having been pegged back by the first of two sucker punches delivered by Sean Dyche’s side, Felipe Anderson latched onto a through ball from another energetic wideman, Grady Diangana, before racing into the Burnley penalty area and confidently firing the ball through Joe Hart’s legs and into the bottom corner.

And after Burnley had equalised for a second time, Felipe Anderson took centre-stage again, collecting a pass from Arnautovic before curling a shot against the outside of the post.

Then, with six minutes remaining, the same combination released the South American inside the penalty area and this time his shot ended up in the back of the Burnley net.

Overall, West Ham’s performance was their most dominant of the season, with the team making more passes (525) and creating more goal attempts (22) and shots on target (ten) than in any other game in 2018/19.

And only at Brighton & Hove Albion have the Hammers enjoyed a greater share of possession than the 62.8 per cent they enjoyed against Burnley.

One of the final passes completed by Pellegrini’s side came in the second minute of added time, when Michail Antonio chested Felipe Anderson’s superb diagonal ball into the path of Chicharito, who finished unerringly into the top corner. That assist came from the only pass Antonio attempted in his short time on the pitch.

It was also a fitting conclusion to West Ham’s most-complete performance of the season – a performance led by the outstanding Felipe Anderson.