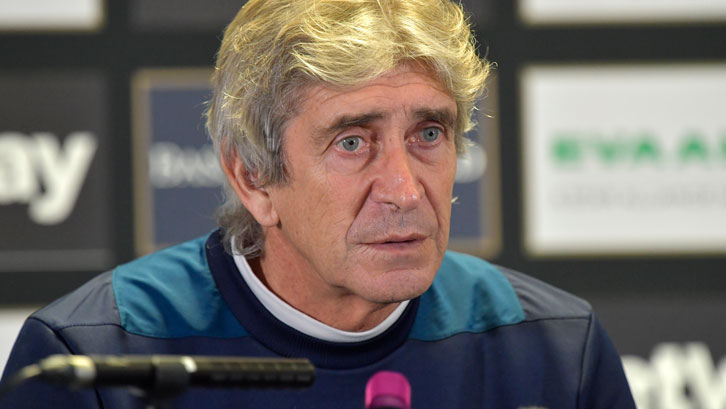 Manuel Pellegrini has revealed that Andy Carroll and Jack Wilshere should be available to face Manchester City on Saturday 24 November.

The West Ham United manager told the media in his pre-Burnley press conference that the England pair will return to full training during the upcoming international break and, if all goes to plan, will be in the squad to tackle Pep Guardiola’s side.

Both players have recovered from ankle surgery, with Carroll out since July and Wilshere since early September, and their prospective returns will boost the Hammers as they prepare a busy December fixture list.

"First of all, I think Andy Carroll and Jack Wilshere will be 100 per cent fit and working with the squad fully during the international break so they will be available in the first game after the break,” said Pellegrini.

"We have four other players with long injuries – Reid, Lanzini, Sanchez and Yarmolenko – and they will not be able to play for four or five months more, at least.”

Pellegrini also has no fresh injury worries as he prepares his West Ham team for Saturday’s Premier League fixture with Burnley, with Aaron Cresswell back from a minor calf problem to challenge Arthur Masuaku for the left-back berth.

“Cresswell recovered from a small injury that caused him to miss the last game, but all the other players are fit,” the manager confirmed.

One player who is feeling better after missing last weekend’s trip to Leicester City is Marko Arnautovic, who is set to return to the starting XI and lead the line against the Clarets.

“In this moment, we are managing [Marko’s knee] with the medical staff to give him more rest after each game,” said Pellegrini.

“Last week, he worked just one day, first because of his knee because, I repeat, we were giving him more rest, and after that because he had a virus so it was not good for him to play on Saturday.

“I was just talking with him and he feels his knee is improving a little bit more every week.

“He will not require surgery.”