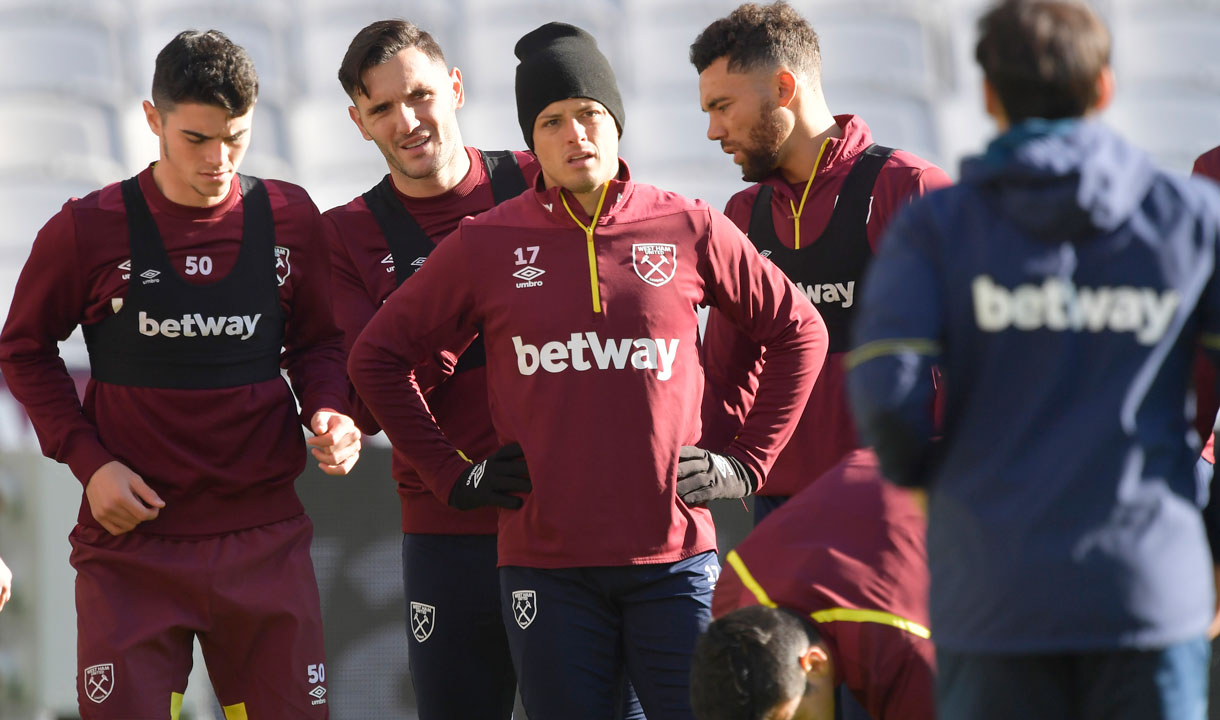 Chicharito feels he is getting sharper and sharper with every game he plays.

After enduring a frustrating spell of five weeks on the sidelines due to illness, the Mexico striker has started the Hammers’ last two matches up front.

He played a selfless role for the team at Leicester City and then was denied a leveller against Spurs by visiting keeper Paulo Gazzaniga.

Having put his virus behind him, the No17 is now ready to get back on the goal trail and help his team climb the Premier League table – starting with Saturday’s game against Burnley.

“I’m close to getting back [to my best],” he said. “I’ve played two games and the only way to get back to your best fitness, and back in your rhythm, is just playing.

“Thankfully I played 60 minutes in the last two games, so hopefully I can keep adding minutes to that from the start and keep getting better.

“It has been frustrating because when I got back for pre-season I tried to get as fit as possible but then I had the virus thing, which kept me off the pitch and away from my teammates for five weeks.

I’ve played two games and the only way to get back to your best fitness, and back in your rhythm, is just playing

“That was very difficult because I had a starting point, then I stopped and had to start again. For two weeks I had to stop completely because I had to wait to get better. I could not go out from my apartment and I wasn’t sleeping well. I stopped completely, so it was more difficult when I came back.

“We have so much to improve and so much to give. We are in the position the table we are, and we need to keep working. There are no words to make people feel better other than results, so we have another game on Saturday and another opportunity.

“It will be a decisive game in this moment, because both teams want the three points. We need that, and it will be a good game, a good fight and hopefully here in our home we can get the win."