Adrian: We had the chances to beat Tottenham

Adrian has bemoaned the missed chances that West Ham United had in the side's 3-1 home Carabao Cup defeat to Tottenham Hotspur.

Two strikes from Son Heung-Min put Tottenham in charge at London Stadium, but a second-half header by Lucas Perez gave the Hammers the opportunity to get back into the midweek fixture.

We tried and did our best. We had the chances and we scored to make the score 2-1, but the third goal killed us.

"Obviously, we are not happy with the result," Adrian told whufc.com . "We tried and did our best. We had the chances and we scored to make the score 2-1, and the crowd was behind us. We were pushing but the third goal killed us and killed the game.

"In football, one goal can change everything. We knew they would come here and play their game. We tried to push from the beginning and the first chance they had, they scored a goal. From the beginning of the second half, the game was really hard for us, because we conceded the second goal.

"The crowd was really amazing tonight. It was a midweek game and many people came here to support us. We were trying, we were pushing, and we scored to make it 2-1. We were confident in that moment but Llorente from the corner killed us."

With Mark Noble suspended and Pablo Zabaleta not included in the matchday squad, Adrian was given the captaincy for Wednesday's fixure, an honour the Spaniard was delighted to take on. 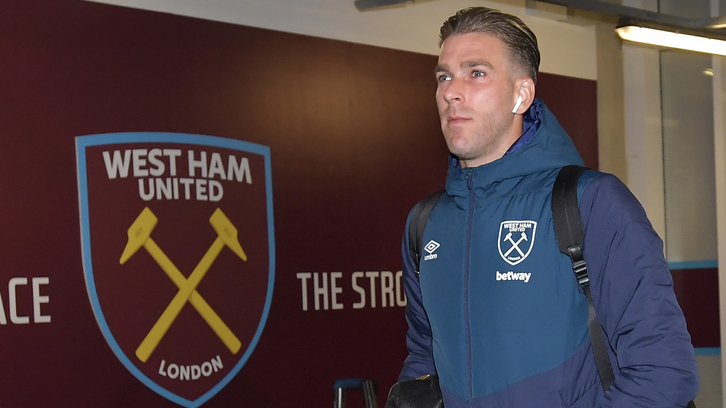 The goalkeeper acknowledged his role as one of the squad's more experienced players and was disappointed he couldn't lead the team to victory.

He continued: "I was really proud to wear the armband tonight. Obviously, I'm not happy with the result but I'm one of the most experienced players in the dressing room now and I want to help my teammates. This season I've not had many minutes but I've tried to give my best tonight, although it wasn't the best night."

Adrian's playing time has come in the Carabao Cup this season and the 31-year-old is ready to push Lukasz Fabianski for the starting berth in the Premier League, with a quick turnaround as the Hammers prepare to take on Burnley on Saturday.

Adrian, added: "We're training really hard every week and Lukasz, right now, has the confidence of the manager and is doing well. We have many games to go so I will keep pushing and keep training hard. Only one goalkeeper can play and that can be a difficult thing."