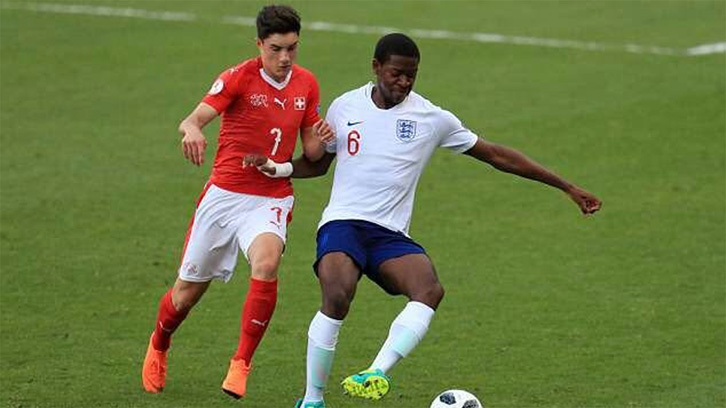 West Ham United defender Ajibola Alese progressed to the UEFA U17 European Championship semi-finals on Sunday as his England side were 2-0 winners over Norway in the last eight of the tournament.

The teenage centre-back, who broke into the Hammers’ U23 side this season, has played the Young Lions’ last two matches in the campaign and will be hoping to help his team – the competition’s hosts – claim silverware this summer.

Also with a spot in the semis already booked are Italy – who England beat 2-1 in the group stages – and Belgium, while the winner of Monday night’s Republic of Ireland vs. Holland tie will also join them.

Either side of the 2-1 victory over the Italians was an opening contest win against Israel and a 1-0 defeat to Switzerland.

Upon securing a spot in the last four, 17-year-old Alese told whufc.com: “The whole team are really excited for the semi-finals. There is a sense of confidence within us, now.

“I think we were mostly in control against Norway and we scored an early goal, which confirmed our dominance in the game.

“Overall in the tournament so far, we’ve played really well. We’ve show resilience to come back from losing positions and we’ve shown that we can play good football against good oppositions.”

The whole team are really excited for the semi-finals. There is a sense of confidence within us. We have shown we can play good football against good oppositions. 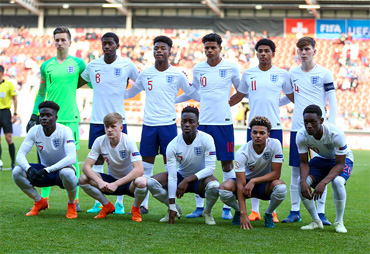 Though Alese was left out as England secured their qualification to the quarters with two wins from as many games, the defender has been pleased with his performances since coming into the side and is hoping to continue his good form.

“I think I played well in the game against Switzerland,” he explained, “and we were unlucky to lose. In the quarters, it was a different kind of game but it was difficult.

“We all have confidence, the whole team, that on our day we can beat most teams. If we face Italy again, they will be looking for revenge though so we have to be ready and play even better.

“For me personally, if I was able to cap off this season with a medal, it would be nice after the campaign I’ve had.

“We are playing as hosts and the support is amazing, so hopefully we can do that. Every tackle, every piece of skill, good play or goal is cheered very loudly.

“It’s great to have thousands of people cheering you on, wanting you to win so hopefully we can keep going and win twice more.”

The two semi-final fixtures will both take place on Thursday 17 May, with the final scheduled three days later on Sunday.