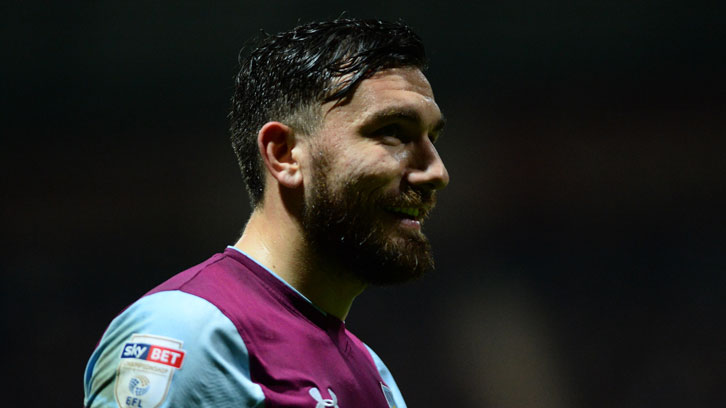 Robert Snodgrass and Aston Villa are bound for the EFL Championship Play-Offs after losing 1-0 at Millwall on the final day of the regular season.

The West Ham United loanee, who featured for the final 15 minutes as a substitute at The Den, will face Middlesbrough in the two-legged semi-finals, with a Wembley showdown with either Fulham or Derby County awaiting the winner.

Snodgrass, who finished the campaign with 13 assists and eight goals in 39 Championship appearances, could line up alongside Henri Lansbury, who was part of the West Ham squad which won promotion via the Play-Offs six years ago.

And the Scot will need no introduction to Middlesbrough goalkeeper Darren Randolph, who was his teammate at London Stadium for the second half of last season.

Elsewhere, Reece Burke’s Bolton Wanderers pulled off a miraculous escape from relegation by scoring twice in the final three minutes of normal time to beat Nottingham Forest 3-2 at the Macron Stadium.

Victory for the Trotters, for whom Burke was an unused substitute, saw them leapfrog Burton Albion and Barnsley and secure safety.

The 21-year-old defender finished the campaign with 25 Championship appearances under his belt. His solitary goal came in a 2-2 draw with Reading in November.

There was no such joy for Martin Samuelsen, who was also an unused substitute as Burton’s two-year stay in the Championship came to an end with a 2-1 defeat at Preston North End.

The 21-year-old Norway winger made nine Championship appearances, seven of them starts, for Nigel Clough’s Brewers.

In Germany, Reece Oxford returned from injury to help Borussia Monchengladbach to a 3-1 Bundesliga win over Freiburg.

The 19-year-old was back in action after missing the Foals’ last six matches, playing for the final 21 minutes after replacing midfielder Tobias Strobl.

Monchengladbach travel to relegation-threatened Hamburg in their final fixture on Saturday knowing victory could yet be enough to secure sixth-place and spot in next season’s UEFA Europa League second qualifying round.

Finally, despite scoring his first goal for the club in their previous match, Toni Martinez was an unused substitute for Real Valladolid in the Spanish club’s vital 1-0 win at Numancia.

Valladolid sit eighth in the table with four games to play, four points behind Zaragoza in fourth and two adrift of Cadiz in the final promotion play-off position.