Browne nominated for Player of the Month award 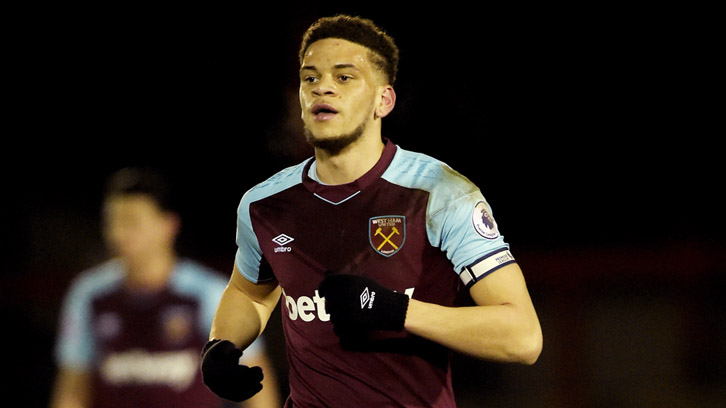 Marcus Browne has been nominated for the Premier League 2 Player of the Month award for the second time this campaign with his inclusion on the shortlist for April.

The 20-year-old has enjoyed a fine month, captaining the Hammers’ U23s as they finished the season in – as it stands – a top half position in Division 1.

The playmaker, who was also shortlisted – as voted by opposition managers – for the February award, played a huge part in the side’s impressive performances throughout the month.

He began April by scoring the only goal of the game – an unstoppable 25-yard free-kick – as Terry Westley’s men picked up an impressive three away points at Manchester City.

Not satisfied there however, Browne was at it again days later as he scored all his side’s four goals in the thrashing-to-nil victory over Everton on Merseyside to take his tally for the season to six, a fantastic total given his campaign has been hampered by injuries.

Defeats to Derby County away from home and Arsenal at London Stadium followed, though the youngster did pick up an assist against the Gunners as he set-up Domingos Quina who grabbed a late consolation strike in the 3-1 loss.

Browne has been named on the first team bench on two occasions so far this season, for the clashes against Swansea City away and Burnley at home.

The five other nominees for the April Player of the Month award are as follows; Rushian Hepburn-Murphy, Jack Clark (both Aston Villa), Aaron Connolly (Brighton and Hove Albion), Daniel Barlaser (Newcastle United) and Sam Smith (Reading).