Academy to host teams from across globe this Easter 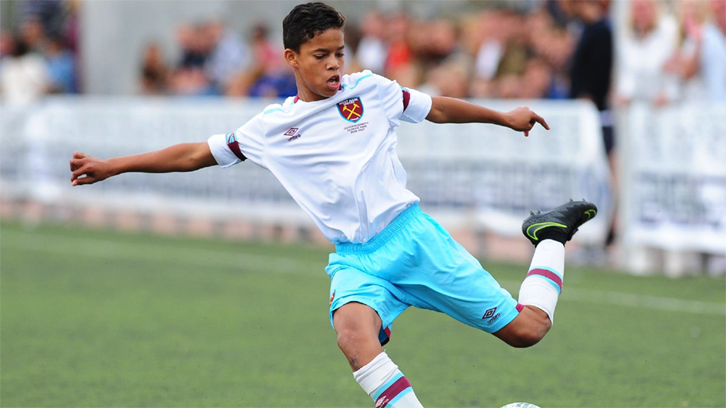 The Academy of Football will host the West Ham United Football Cup this Easter as young teams from across the globe gather in east London for the tournament.

The likes of US side New York Soccer Club and Japanese outfit Kashiwa Reysol will travel over to Little Heath for the U14 competition which begins on Saturday.

The Hammers are pitted against the only Asian team in Group A, along with Canadians Vancouver Whitecaps, Norwegian club Sandefjord Fotball and an Irish FA squad.

The hosts will play two of their four group round fixtures – against Sandefjord and Vancouver – on day one before taking on Kashiwa Reysol and the Irish FA on Easter Sunday.

The two group winners will take each other on later that afternoon for the Football Cup Trophy, while the other sides will also face the opponent that finished in the corresponding position in their rival group.

Academy Manager Terry Westley believes the tournament will give the Academy’s young players at that level the chance to test themselves against different challenges this weekend.

He said: “We’re looking forward to hosting the event this weekend and it’s always great to welcome teams from across the globe to our facilities at the Academy.

“It’s great for a young player’s learning curve to test themselves against not only players in their own divisions and areas, but sides from all over the world who may have different ways of preparing and playing.

“It should be a great couple of days over the Easter weekend, so everyone involved is keen to get going on Saturday.”