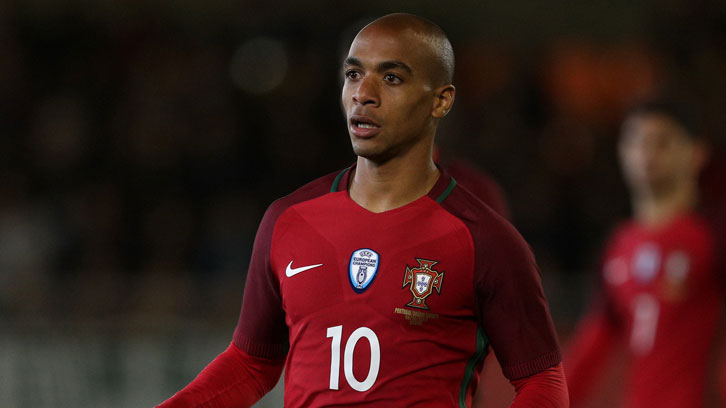 Joao Mario earned his 33rd cap for Portugal as a late substitute in a 3-0 friendly international defeat by the Netherlands on Monday evening.

The West Ham United midfielder, on loan from Inter Milan, replaced Sporting Lisbon’s Bruno Fernandes with just 12 minutes remaining, but which time the European champions were three goals down and had been reduced to ten men by full-back Joao Cancelo’s red card.

Portugal will hope for better results when they resume their 2018 FIFA World Cup finals preparations at the end of May, when they tackle Tunisia, Belgium and Algeria in warm-up matches.

Elsewhere on Monday, Academy of Football defender Aji Alese was in the England U17 squad for a 1-1 friendly draw with Brazil in Murcia in southern Spain. The South Americans won a penalty shootout.

With Alese in the starting XI, England had won the first of two meetings at the same venue on Friday.

A host of West Ham’s senior internationals, including Marko Arnautovic, Joe Hart, Angelo Ogbonna, Manuel Lanzini, Declan Rice, Josh Cullen, and Edimilson Fernandes, could all be in action for their respective nations on Tuesday.