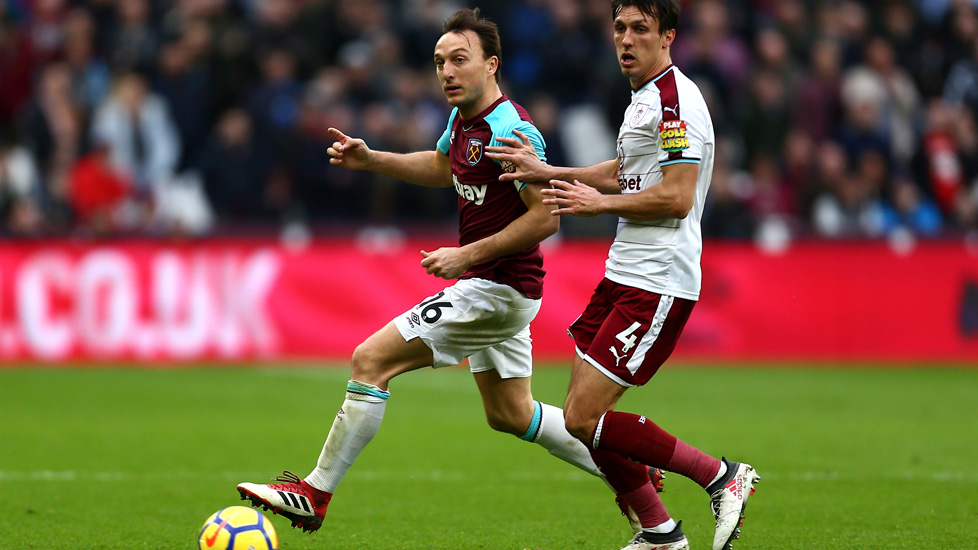 West Ham United fell to a 3-0 defeat to Burnley at London Stadium on Saturday, conceding three times in the final 24 minutes as they were made to regret missed chances in the opening period.

Manuel Lanzini and Marko Arnautovic were both denied by the away goalkeeper Nick Pope before Sean Dyche’s men showed a more ruthless nature by taking the game away from their hosts after half time.

Chris Wood stepped off the bench to score twice and set up Ashley Barnes’ opener on a day to forget for the Hammers.

David Moyes made five changes from the side which lost at Swansea last weekend, restoring Joe Hart in goal and welcoming James Collins and Angelo Ogbonna back into the heart of his defence.

After a slow start to the game, the Hammers began to exert control and Marko Arnautovic almost threaded a shot through goalkeeper Nick Pope’s legs from an angle, but the Burnley man got a block in after Mario had played through to the Austrian.

Two minutes later, Manuel Lanzini exchanged passes with Arnautovic on the edge of the box but lifted his shot over the bar.

The Hammers were having a good spell and Mario was next to go close, knocking over the top after  Aaron Cresswell delivered a corner deep and Pope was blocked off by his own defender.

The best chance for the Hammers fell six minutes before the break when Ogbonna’s header caught the Burnley defence out and left Lanzini one-on-one, but Pope stood up tall to make the save.

West Ham would be made to rue those missed opportunities in the final quarter of the contest as Burnley scored three goals to take all three points.

First, Barnes fired into the top right corner after Wood chased a ball into the corner and cut back, then, with their next attack, the Clarets made it two.

Wood turned goalscorer this time, tucking home from Aaron Lennon’s cross before the Kiwi completed the goalscoring, mopping up after Joe Hart could not hold onto Johann Berg Gudmundsson’s shot.