Antonio: I can feel the sharpness coming back with every game I play 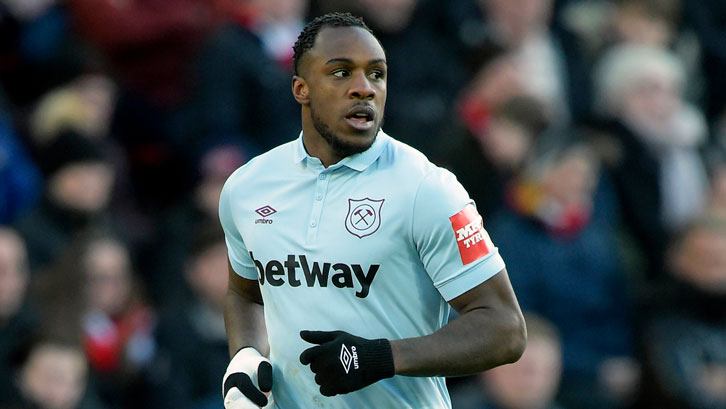 Michail Antonio believes he is edging closer to his best with every minute he spends on the pitch for West Ham United.

The winger has had to make do with being a second-half substitute in three of the four Premier League matches he has played since returning from a calf injury a month ago.

Despite starting just once, Antonio has scored goals in defeats at Liverpool and Swansea City and assisted another, in a London Stadium victory over Watford, and the No30 says there is plenty more to come as his match-fitness, sharpness and strength return.

We’re at home, we’re going to take the game to them and we need all the fans behind us as we go for the win

“I’m definitely starting to feel sharper,” said the 27-year-old, who has also missed games with hamstring and rib injuries this season. “It’s taken a long time for me to get back to a point where I feel I can beat people and score goals, but my confidence is coming back and hopefully I can help the team get out of the situation that we’re currently in.

“I’ve not really had the opportunity to get into my stride and be the same player I was in the previous two seasons, because every time I’ve got close to being myself again, I’ve picked up another niggle. It’s taken me half-a-season to get to a place where I feel comfortable and I feel good, so hopefully I can stay fit and sharp for the remainder of the season.

“It’s disappointing that my goals are not winning games for us, so hopefully next time I score, it will be a winner!”

As Antonio’s form returns, he is hoping manager David Moyes hands him further opportunities from the start as West Ham battle to remain in the Premier League, with a home game with Burnley next on the fixture list.

With England also heading to Russia for the FIFA World Cup finals this summer, the versatile Londoner has plenty of motivation to impress should he be given those chances by Moyes.

Whether he is selected or not, Antonio knows just how important Saturday’s game is to everyone associated with the Club, with players, staff and the Claret and Blue Army united in the desire to secure a vital victory in fight to stay up.

“Whoever starts, we need everyone on the same page. We’re at home, we’re going to take the game to them and we need all the fans behind us as we go for the win.”