Antonio: I've told Stuart Pearce I want to be a beast again 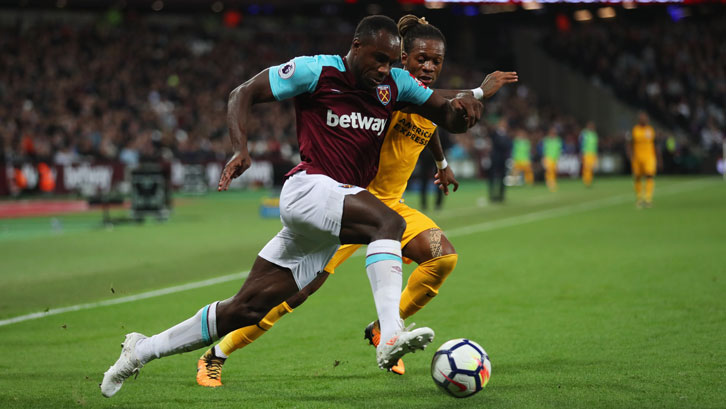 Michail Antonio has told Stuart Pearce he will rediscover the ‘beast’ inside him and make a late run for England’s 2018 FIFA World Cup squad.

Antonio played under Pearce at Nottingham Forest in the Championship in 2014/15, when the forward enjoyed the most productive season of his career, registering 14 goals and 15 assists to secure a big-money move to the Premier League with West Ham United.

The pair were reunited in east London when Pearce joined David Moyes’ backroom staff in November, and now the manager’s assistant has the No30 to emulate him by representing his country at a major tournament.

“I want to be that player who comes in late and gets picked for England’s World Cup squad, as seems to always happen,” Antonio confirmed. “It’s definitely a massive opportunity for me, as it is for all the English players in the Premier League.

“Now I’m back and I’m fit, I don’t want to rule myself out. I’m going to go out there and try to impress in any way that I can and take every opportunity I am given.

“I’m going to strive for it and hopefully I can get my name in the squad and be on that plane.”

Pearce himself missed out on selection for his first major tournament, UEFA Euro 1988, through injury, but recovered to be selected for the 1990 FIFA World Cup finals, Euro 1992 and Euro 1996, famously scoring in two penalty shootouts in the latter.

Twenty years on and Antonio revealed the coach has encouraged him to force his way into his his former England teammate Gareth Southgate’s thinking.

“Stuart has pulled me aside and told me he doesn’t think I’m playing at my pinnacle and that, when he had me at Forest, I was unstoppable, but I’ve not shown him that since I’ve been here.

“I’ve had some injuries, but I told him ‘I am back now and I’ll become the beast that you had at Forest again’.

“I just need to steer clear of injuries. I got an assist against Watford, then came on and scored at Liverpool, so I’ll be looking to continue that over the last ten games of the season.”