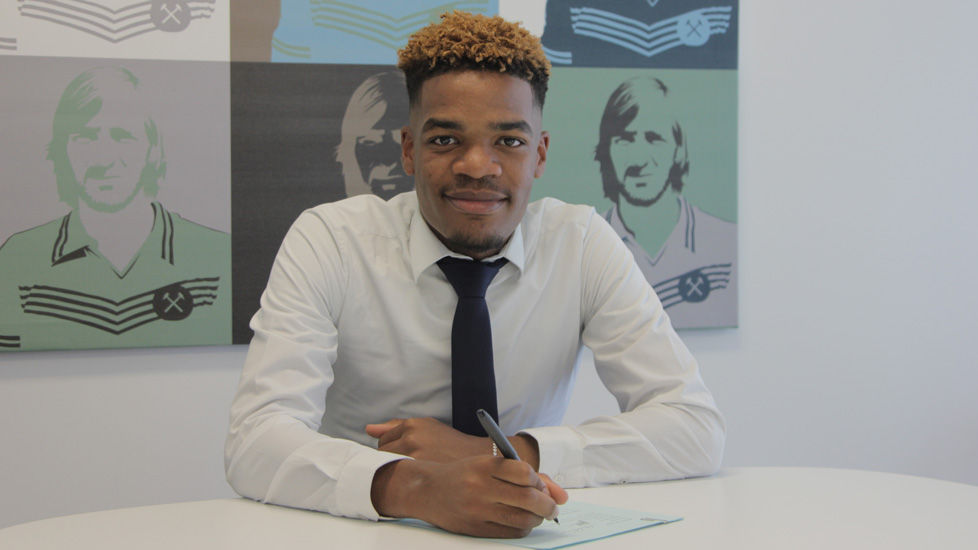 West Ham United are delighted to announce that winger Grady Diangana has signed a new two-year deal with the Club, to run until June 2020.

The 20-year-old, who has been with the Hammers since the age of ten, impressed with Terry Westley’s Premier League 2 side last season, earning a call-up to the first team squad for the Emirates FA Cup tie at Wigan Athletic in January and Premier League games against Southampton and Chelsea.

Having scored three goals and laid on two more in 17 Premier League 2 appearances last term, Diangana feels he is ready to take the next step in 2018/19.

He said: “I’m very, very happy [to sign the new contract]. I’ve been here for such a long time, ever since I was ten, so to be given an extended contract is a step closer to what I’m dreaming of.

“From the age of 16 onwards it gets tougher, the level you need to be at is higher and it shows that I’m on the right path by getting a new contract.

“Personally, last season had a lot of achievements in it – getting on the bench for the first team and experiencing the atmosphere of a Premier League game was like something I can’t describe. It was very nice.

“The coaches like Terry Westley and Liam Manning have helped a lot with my development. They brought in the Individual Development Plan for us and that really helps me focus on what I need to work on.

“I’m looking forward to getting back into pre-season. There is a new manager here and it’s a new opportunity and I’ll come back giving my all and hopefully be in his plans.”

Diangana only has to look towards Declan Rice for inspiration, after the Hammers youngster stepped up from the U23s himself last term to make 31 first team appearances in all competitions.

Now Diangana would love to follow in his footsteps, saying the Republic of Ireland international’s ascent acts as motivation for everyone in the Academy of Football.

He added: “When Declan was with us in the Under-23s, you could see what he was doing, the manner in that he was applying himself and what he was giving to the team.

“If you can try and emulate that you will become a better player and seeing him come through is a big inspiration.”