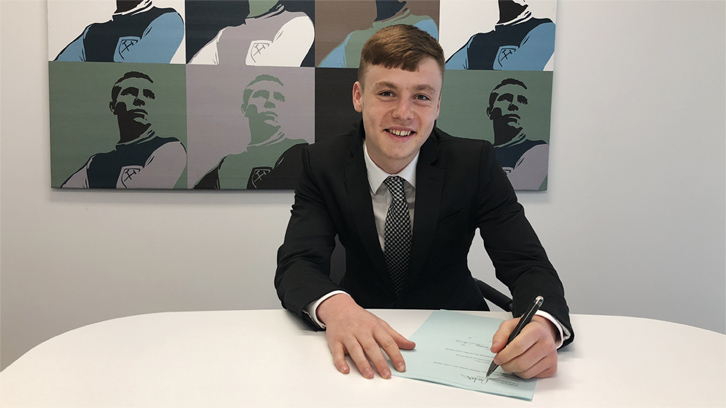 West Ham United winger Dan Kemp has put pen to paper on a new three-year deal which will keep him at the Club until 2021.

The 19-year-old, an England youth international who signed for the Hammers two years ago from London rivals Chelsea, had a terrific start to the 2017/18 campaign before suffering an injury which kept him out of action from the end of November.

An exciting forward-thinking player who is left-footed but at home on either flank, Kemp has impressed since arriving in east London and appeared as a substitute in the final Premier League clash of the 2016/17 season, away at Burnley’s Turf Moor.

And now, with new manager Manuel Pellegrini in charge of the senior team, the youngster is keen to impress once recovered from his cruciate ligament damage.

“It’s exciting obviously that there is a new manager in charge to impress and that’s of course what I’ll be trying to do when I’m back fit. You want to impress him in every aspect. I want to be training with them and the aim is to make my debut so that’s what I’ll be pushing for now I’ve signed this new contract.

“Ever since I’ve come to the Club, I’ve been happy with my progress and the work I’ve done each season. Obviously last season I had the unfortunate set-back of my injury, and that was frustrating but I’m now really keen to kick on from this and the contract is a great boost for me.

“Also I have to thank Terry Westley [Academy Director] and Liam Manning [Assistant Academy Manager] because they have kept pushing me every day in training and in matches to help produce my best performances.” 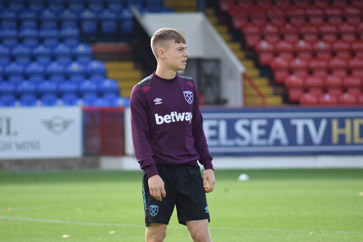 This time last year, Kemp was representing his country’s U19s at the Toulon Tournament before taking his form over the summer into the new season, scoring twice and assisting two more in the first three Premier League 2 matches.

And though the series injury stunted his progress, getting back on the football pitch in competitive matches is now on the forefront of the teenager’s mind once again.

“At the start of this season just gone, I really felt as though I was playing the best football I’ve ever played and getting picked for my country was obviously a massive highlight for me and that’s something I’ll look to build on,” he continued.

“The next progression for me is into the first team, and that’s where I want to be. And my recovery is going really well.

“It’s given me an opportunity to develop physically in the gym and also the mental side of the game and I feel as though I’m stronger after this period for that. Injuries are part of the game and you have to learn to deal with them.

“My rehab has been really good, Tom Smith [Head of Academy Sports Science and Medicine] and Matt Bramhall [Head of Academy Athletic Development] have been great and have made helped me to keep setting new targets and goals.

“At the moment I’m on the pitch, gaining fitness and doing some basic running and I’m looking to progress as this month goes on. I should be back pretty soon after pre-season, so it’s not long to wait now.”

A tribute to Isla Caton