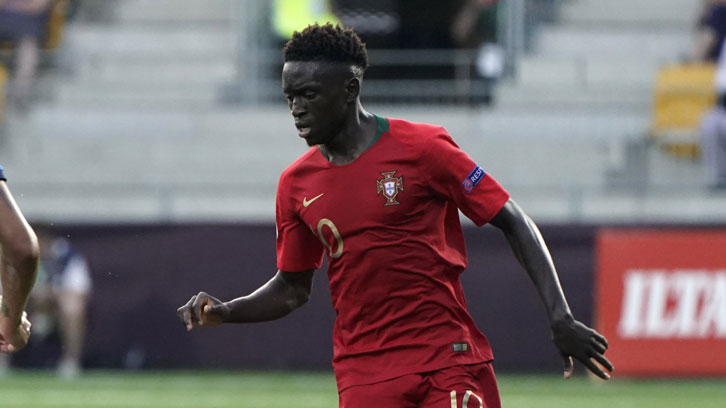 Quina helped Portugal to win the UEFA European U19 Championship with a thrilling 4-3 extra-time victory over Italy in the final.

West Ham United midfielder Quina started all five matches for his country in Finland and played his part again as the Portuguese won the title for the first time in their history on Sunday.

The 18-year-old, who had won the European U17 title with nine of his U19 squad-mates in 2016, tested Italy goalkeeper Alessandro Plizzari with a deflected first-half shot when the game was still goalless.

Portugal went ahead in first half stoppage time through Benfica winger Joao Filipe.

And when Francisco Trincão made it 2-0 with 18 minutes remaining, the game looked to be over, only for Italy substitute Moise Kean to strike twice within the space of two minutes to level matters.

Into extra-time and, after 2017 Dylan Tombides Award winner Quina had been substituted, Joao Filipe put Portugal ahead again on 104 minutes, only for Gianluca Scamacca to peg them back again on 107.