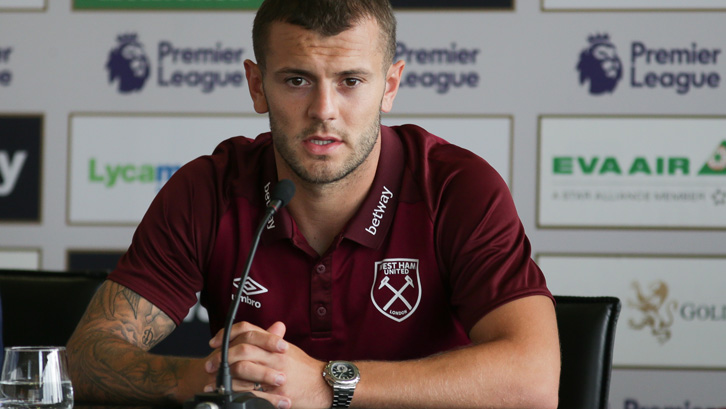 The midfielder, who made an eye-catching debut following his summer switch from Arsenal, believes the appointment of the experienced Pellegrini as manager and signing of seven top-class players this summer point to the club’s ambition to challenge the best.

Wilshere and his new teammates will continue their pre-season schedule with a trip to the Midlands to face Aston Villa on Wednesday evening, giving them another opportunity to put the boss's plans into practice.

“I think [I sense an air of change at West Ham],” Wilshere confirmed, speaking at his official unveiling at London Stadium on Tuesday. “I think it’s one of the main reasons I came here. With a manager like Manuel, who has won the Premier League, and managed top clubs across Europe.

“Once he was appointed, it was obvious the way the owners wanted the club to move forward, and I wanted to be a part of that.”

Once Manuel Pellegrini was appointed, it was obvious the way the owners wanted the club to move forward

The 26-year-old has been part of Pellegrini’s squad for just a fortnight, but says the work being done by the Chilean and his staff on a daily basis is already rubbing off on his players.

Having put in the hard yards to build the base levels of fitness that will sustain them through the rigours of a nine-month Premier League campaign, Wilshere says Pellegrini is now putting his own stamp on how the Hammers will play their football under him.

With the opening top-flight fixture at UEFA Champions League runners-up Liverpool less than three weeks away, the No19 stated the importance of taking the manager’s thoughts on board and getting off to a positive start at Anfield.

“Training is getting better and better,” he confirmed. “The quality, each week, is going up and up. We’ve concentrated a lot on fitness before now but I think we can really start to work on how we want to start the season now.

“I've been here now for two weeks and I'm feeling good. I need a few more games but we've got a game on Wednesday and then we go away to Austria [to face French club SC Angers and take on German Bundesliga side 1. FSV Mainz in the 2018 Betway Cup] where we can work on our team shape and tactics and get ready for the first Premier League game.

“We’ve added a few new players but we’ve got players who are West Ham through and through. The captain Mark Noble will help players settle in, will help me, and we want to hit the ground running.

“We don’t want to take time to settle in. We’ve got a big game the first game of the season, Liverpool away. It’s one of the most difficult places to go and we need to be ready for that.”