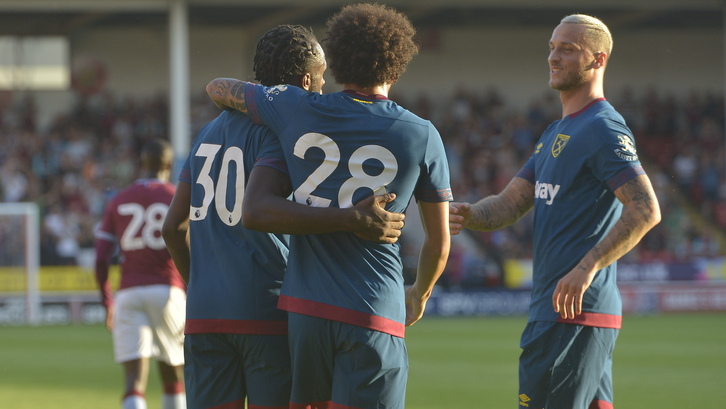 Michail Antonio and Marko Arnautovic scored in the first half before a late goal from Robert Snodgrass to secure a 3-1 pre-season victory for West Ham United against Aston Villa.

Antonio put the Irons in front inside ten minutes with a low effort, having fashioned the opportunity himself, before Arnautovic netted his fourth goal in three matches after a fantastic team move.

Wednesday's match also saw West Ham debuts for record signing Felipe Anderson and defender Fabian Balbuena, with the duo both impressing on their first showings for the side.

Substitute Snodgrass would seemingly put the game to bed with five minutes to go, rounding Jed Steer, before Andre Green powered home a strike for Villa in the dying embers of the game.

The opening minutes of the contest belonged to the Championship side, with Villa seeing more of the ball.

There was a big opportunity for Steve Bruce’s team to take the lead, as a corner fell kindly to Alan Hutton. The Scotsman’s sweeping effort almost found the net, but Adrian was down quickly to palm the shot away.

On ten minutes, West Ham went in front. Antonio collected the ball on the right flank and utilised his trademark speed to bomb forward, creating space for himself on the edge of the penalty area.

The Hammers No30 got into the box and fired in a cool effort across goal, beating Jed Steer and giving the Irons the lead.

The combination from Anderson and Arthur Masuaku looked a tasty prospect on the left-side from the start of Wednesday’s fixture, and it was a duo that proved pivotal to West Ham’s second goal less than half an hour into the game. 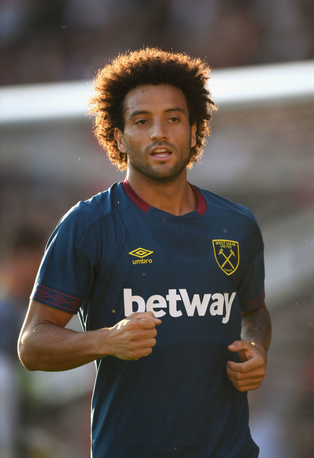 After a strong spell of possession by Manuel Pellegrini’s players, Masuaku and Anderson linked before the Brazilian played the left-back into dangerous territory with a killer pass. From there, it was simple for Masuaku to pick out the arriving Arnautovic, who turned home West Ham’s second finish.

Villa continued to challenge the West Ham defence but found a resolute back-line, with the debuting Balbuena particularly impressing with his interceptions and reading of the game.

The Paraguayan was withdrawn after his first 45 minutes for the Irons by manager Pellegrini, who made four changes at the start of the second period. The defender was joined by Anderson, Antonio and Declan Rice, with Issa Diop, Pedro Obiang, Sead Haksabanovic and Robert Snodgrass coming on.

The change in personnel saw Jack Wilshere move slightly further forward, and the midfielder had an excellent chance to add a third for the Irons on 50 minutes.

Some excellent play between Masuaku and Haksabanovic allowed Arnautovic space on the left, which the Austrian exploited. The No7 found Wilshere in the penalty area, but the 26-year-old’s effort was excellently saved at the near post.

Josh Cullen entered the fray for West Ham in place on Wilshere just after the hour mark, but despite having changed five players, the Irons continued to impress the 1,463 travelling Claret and Blue supporters with a positive, fluid and attacking style of play.

Villa continued to search for avenues back into the game, with a long ball finding Jonathan Kodjia on 73 minutes. Angelo Ogbonna was more than equal to the striker’s attempts to get past him, leading to a ball out wide for the Villans. The cross was met by Birkir Bjarkason, leading to a top save from Adrian.

There was still time for the Irons to net a third goal. Arnautovic and Haksabanovic linked to play in former Villa loanee Snodgrass, with the Scotsman making no mistake as he rounded the goalkeeper and slotted home into an empty net.

There was to be no clean-sheet for Adrian however, as Gary Gardner headed down for Andre Green to power home a late consolation for Villa.

The finish was nothing more than a blip for manager Pellegrini and West Ham however as the Hammers secured a second win in pre-season with arguably their most eye-catching performance so far.