Pellegrini: We will keep building our squad ‘until the last day’

Manuel Pellegrini has vowed that West Ham United will continue to try and improve the squad with new players until the final day of the transfer window.

The experienced Chilean was appointed as the new Hammers boss in May and has already made a significant mark on the team, bringing in seven new players, including the likes of record signing Felipe Anderson, Jack Wilshere and Andriy Yarmolenko.

Speaking at his first press conference as West Ham manager, Pellegrini indicated that he was still on the lookout for further additions to his team.

“We are trying to build a strong squad,” Pellegrini said: “We know the Premier League is not easy. We don’t need to just have a team, we need to have a good squad.

For the moment, we have seven new players...Until the last day where we can bring in players, we will try to and build a strong a squad as we can.

“For the moment, we have seven new players. We also have three important players with injuries – Lanzini, Carroll and Reid.  Until the last day where we can bring in players, we will try to and build a strong a squad as we can.

“I don’t talk about rumours. If it’s official then we can see what happens. If for some reason a player must go, we are going to find a replacement for them.

“We are working together with the board. We will see how much money we have now until we are finished. I think we aren’t far away and we are building a strong squad.”

Having previously managed the top European clubs such as Real Madrid and Manchester City, Pellegrini believes his preference for quick, attacking football will prove to be a hit with the fantastic Claret and Blue supporters.

He continued: “I know what West Ham is. I worked here in England for three years and I had the chance to play against West Ham and the atmosphere was always unbelievable. West Ham fans also like, attractive, offensive football, so maybe that is one of the reasons why the owners brought me here to manage the team.” 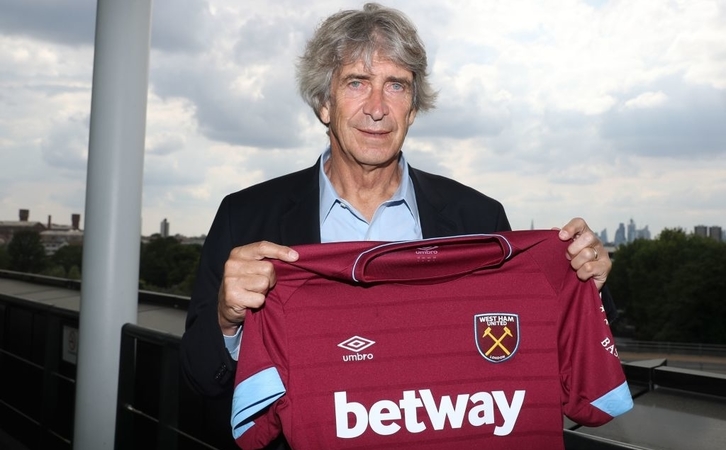 Having worked with his West Ham team since the start of July, Pellegrini is delighted with the efforts and ability shown by his players so far.

The manager however is not already thinking about where his Hammers could potentially finish in the Premier League, but is focusing on his side’s progression and development ahead of the first game of the season, away to Liverpool in just over two weeks.

“Things have gone very well so far,” Pellegrini added. “We had a programme for pre-season and now the first half of pre-season has finished. We need the last three weeks before we start in the Premier League, but all is working as I thought it would.

“We are not thinking about the table or where we are going to finish. We will play game by game and try to improve what the club did last season.

“Every team in England has the money to bring in good players, and there are at least six or seven clubs that are very strong. We are not thinking about the end of the season. We are thinking about the first game and then going step by step.”