Newest signing Felipe Anderson says it was an easy decision to join West Ham United when the Hammers came calling.

The Club record signing has put pen to paper on a four-year deal at London Stadium, joining the Irons from Italian side Lazio.

For Anderson, the chance to move to West Ham was one he couldn’t pass up.

“My agent Juliano and my brother, who work together, told me about the opportunity to come here to West Ham,” the 25-year-old told West Ham TV. “I didn’t think twice about it, I said I really wanted to come, and it happened.

“West Ham is a club with a lot of tradition, lots of great players have played here, like Bobby Moore, Carlos Tevez and Di Canio. They were great players and idols here, and I’m aiming big, who knows, maybe I could hit their heights and be a legend here too.” 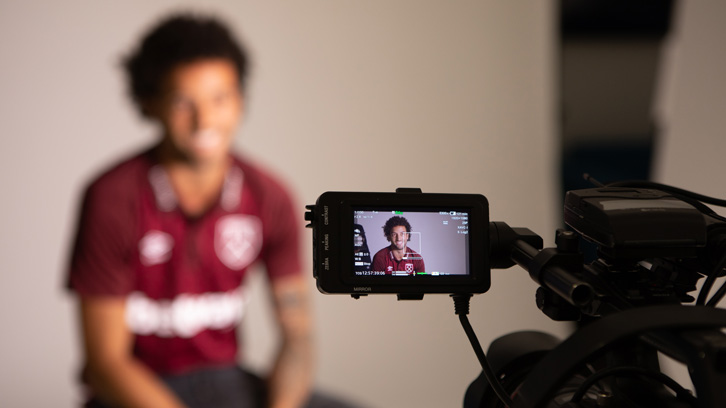 The Brazilian international spent five years testing himself in Serie A with Lazio, joining the Italian team as a 20-year-old from Santos in 2013.

Anderson is delighted to now be able to achieve his dream of testing himself in the Premier League with West Ham.

He continued: “I was only 20 when I moved to Italy and I thought the league there could teach me a lot. I’d always followed both the English and Italian leagues as a kid, and I really wanted to go there to learn.

“I always dreamed of playing in the Premier League, and thanks to God this dream has come true today.

“One of the aspects of the Premier League that attracted me most was the pace the games are played at, as well as the strength of all the players, so this made me want to come here.”

I think, with my technique and pace, I’ll be able to adapt to the Premier League really quickly

A creative maestro in midfield, Anderson believes his days of playing street football as a kid in Brazil will prove to be a benefit to himself and his new West Ham teammates in the English top division.

“Every individual has different talents and different characteristics, but there’s no doubt that playing in the street and on poor pitches in Brazil helped make my technique more refined,” Anderson said.

“I think playing and learning this way helped me and I also think, with technique and pace, maybe I’ll be able to adapt to the Premier League really quickly.”

With eight goals and nine assists last season, Anderson proved to be an excellent player last season in Italy, and the attacker is keen to bring that form to the Irons.

West Ham’s sixth signing of the transfer window is already eager to step out onto the London Stadium pitch and show the loyal Claret and Blue supporters just what he can do.

Anderson added: “I’ve always liked West Ham fans. They’re a fan base that really welcomes you and who give their all every game. I’m really keen to get playing and show them what I can do.”