West Ham United manager Manuel Pellegrini has described Saturday’s 1-0 win over Wycombe Wanderers as a ‘useful game’, and is delighted to see his players are working hard ahead of the new campaign.

A 34th minute finish by Marko Arnautovic secured victory for the Irons against the League One opposition at Adam’s Park, and the Chilean boss believes the Wycombe tie was another good test for his side.

“My words are exactly the same as they were when we lost against Winterthur in Switzerland,” Pellegrini told West Ham TV. “We are not preparing a starting XI and we don’t make substitutes to win the game.

“The pre-season games are useful for what we in need in this moment, which is to recover our physical shape and to try to return to our best, technically. And to see different players, young players, so I think today was the same as the first game. It was a useful game.

“We worked very hard for eleven days in Switzerland and, for some of those days, we worked three times a day. We have a very good answer to that work. It’s not easy, when you’ve had forty days of holiday, to return to your competitive mind and your best physical shape.

It’s not easy, when you’ve had forty days of holiday, to return to your competitive mind and your best physical shape. Our players are working hard and we have time to get to our best for the beginning of the Premier League season.

“But our players are working hard and we have time to get to our best for the beginning of the Premier League season.”

The victory saw a debut for Andriy Yarmolenko, who played the first 45 minutes of the tie after signing from Borussia Dortmund on Wednesday.

Pellegrini believes the 28-year-old will prove to be a popular addition to his squad with the West Ham fans.

The boss continued: “West Ham, throughout history, have always been a team that likes to play offensive football, and to score goals. Yarmolenko is a technical player.

“I think all the players we are bringing in, including Yarmolenko,have those same characteristics. Technical players that will score goals.” 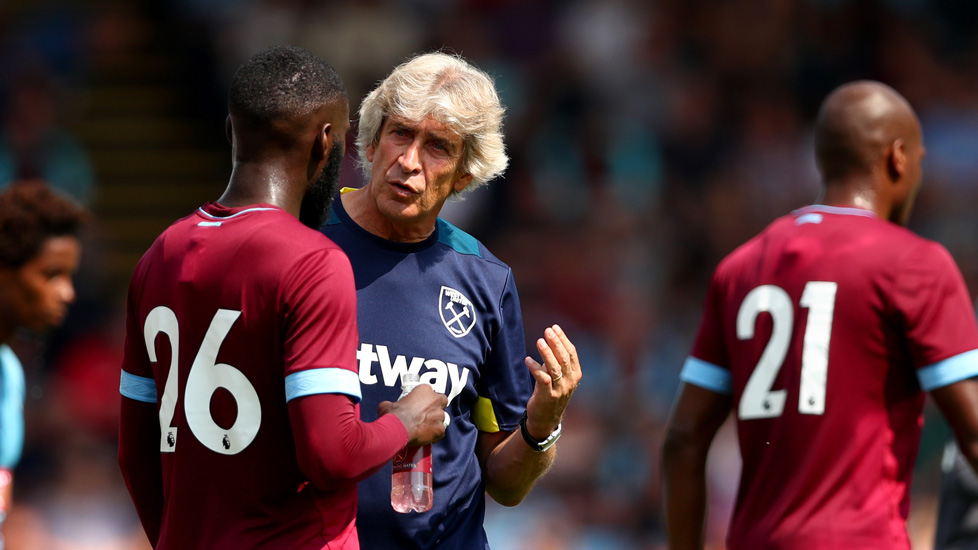 The contest also featured last season’s Hammer of the Year, Arnautovic, and Pellegrini says he is not surprised by the Austrian’s ability.

“I can’t say I’ve been impressed by Arnautovic, because I know him. For the three years I was at Manchester City I played a lot of times against him and he was always a good player who could do different things.

“Maybe last season was his best season in England, especially in the second half of the season. He demonstrated how important he can be. He’s always running, he supports the ball and he scores. If he can repeat the second half that he had last season, he will be a top player.”

Pellegrini also offered praise for the fantastic West Ham supporters who travelled to Adams Park for Saturday’s contest, saying the team would not be the Hammers without their loyal following.

Pellegrini added: “I will say the same thing I said about Arnautovic about the West Ham fans. I cannot be impressed by West Ham fans because I know that over the years, the way they have supported their team has been unbelievable. They are one of the best groups of fans in the Premier League.

"West Ham moved to the London Stadium, which is not easy for a team. You go from 30,000 people to a stadium with 60,000 people, and it’s full in the same way! One of the most important things this team has is their fans."