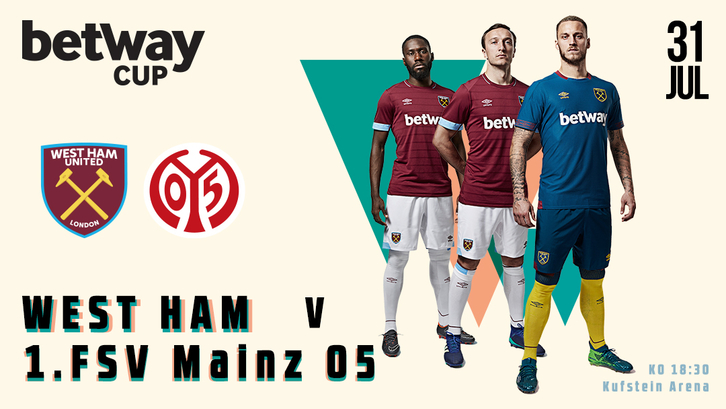 The Irons and Mainz will meet on Tuesday 31 July at Kufstein Arnea in Tyrol, Austria, as manager Manuel Pellegrini continues his team’s preparation for the new Premier League campaign.

The 2018 Betway Cup will be the fourth time the Hammers have played the pre-season competition, facing Werder Bremen at the Boleyn Ground in the inaugural fixture in 2015.

The Hammers then played against Italian giants Juventus in a thrilling first match at London Stadium at the start of the 2016/17 season, featuring two goals from striker Andy Carroll.

A two-legged tie with Werder Bremen in Germany followed last summer, with a goal from Marko Arnautovic on his full debut the highlight of the second contest.

West Ham and Mainz last met in a pre-season fixture in the summer of 2013, a game in which the Irons scored through Academy graduate Joe Cole.

Ticket information for the 2018 Betway Cup fixture against Mainz will be announced in due course.