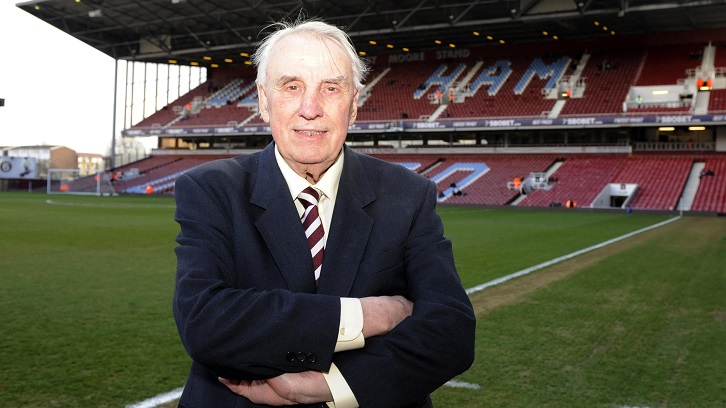 Everyone at West Ham United has been deeply saddened to learn of the passing of 1958 promotion winner Vic Keeble at age of 87.

The prolific centre forward scored 51 goals in just 84 senior appearances in Claret and Blue, including 19 in the Hammers’ 1957/58 Second Division title-clinching season.

The new boy announced his arrival in style, scoring on his debut at home to Doncaster Rovers before bagging a hat-trick in a 5-0 thrashing of Stoke City at the Boleyn ground on just his fifth appearance for the Club. 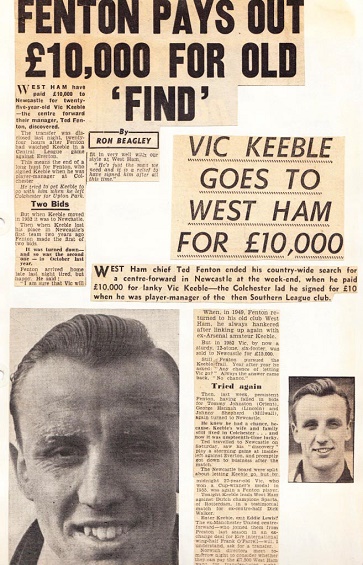 The most important of those came at Middlesbrough on the final day of the 1957/58 campaign, when he netted the third goal in West Ham’s title-clinching 3-1 Second Division victory at Ayresome Park.

And they continued to flow as Ted Fenton’s side finished sixth in the top flight, with the centre forward netting 21 times.

For much of his West Ham career, Keeble shared the forward line with Scotsman John Dick, with the pair combining to score 101 goals between October 1957 and May 1959.

The thoughts of everyone at the Club are with Vic’s loved ones at this sad time.