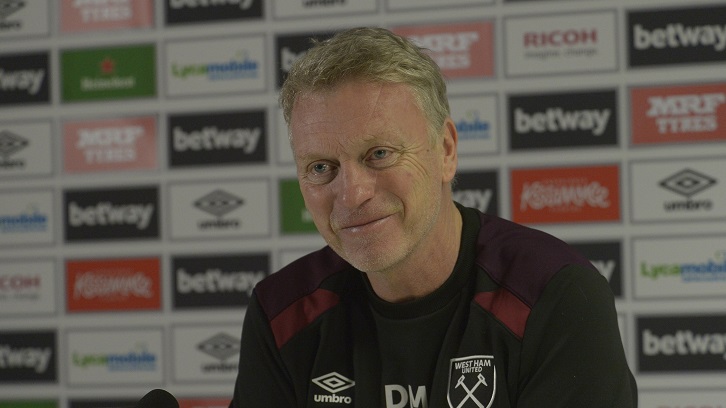 With important Premier League fixtures against Crystal Palace and Brighton & Hove Albion to follow next week, the Hammers manager will consider his options carefully before deciding the final 18 to travel to the DW Stadium.

“I’d like to say it was an opportunity this weekend to rest a few tired legs, but I want to get through in the FA Cup if I can,” he said. “But I think I’ve always said our priority is the Premier League and we have to ensure we’re a Premier League club.

“There is nothing more I’d love to give the West Ham supporters a day out at Wembley in a final if I could. Ask any club and they’d all say the same thing, that they’d Iike to win a trophy, but there is also a bigger picture which has to be looked at as well, which is trying to make sure that we’re in this league next season.

“The finances to it are far greater than we’d get by winning the FA Cup. I do think I’d like to win it, I’ve been to finals so I know what it feels like to be there, so if it can happen again, great, but again I have to reiterate the priority has to be to remain a Premier League club.”

I’d like to say it was an opportunity this weekend to rest a few tired legs, but I want to get through in the FA Cup if I can

While they will not be available to face the Latics, Moyes confirmed that two of his senior players are edging ever closer to first-team returns after recovering from calf and ankle injuries respectively.

“We’ve all had really difficult schedules over Christmas and the New Year and the games are taking their toll. With us now having Premier League midweek fixtures in January, it is not easy, especially after FA Cup ties.

“I don’t think Antonio, Fonte or Winston Reid will be available for the Wigan match.”

On a more positive note, Moyes confirmed that Portugal international midfielder Joao Mario was having a medical with a view to completing a loan move to West Ham on Thursday afternoon.

“Your sources would be correct,” he told a Sky Sports reporter, when asked to confirm reports. “I’m not going to tell you any more until he has done his medical. Once we have got the medical out of the way, I think we’ll be able to tell you what he will bring to the side, so hopefully we’ll be able to give you some more news at the right time. It would be a loan move.”

Lingard is Premier League Player of the Month

Antonio: We want to finish the season on a high