Arnautovic and Lanzini - The clinical double-act inspiring the Hammers 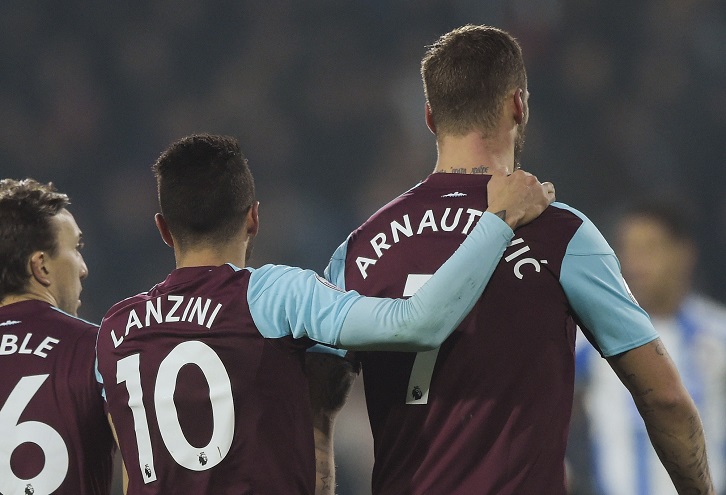 Double-acts have etched their names into the history of many a football team down the years – and now Marko Arnautovic and Manuel Lanzini are beginning to scratch their own into the modern history of West Ham United.

In the last eight Premier League matches, Arnautovic and Lanzini have combined to score eight goals and record nine assists.

Amazingly, the Austria and Argentina internationals have each missed one game in that span – Arnautovic at Tottenham Hotspur and Lanzini at home to Newcastle United.

While it is early days, admittedly, the form of the Hammers’ front two is showing signs of being one of the great attacking duos of recent times.

Where there were once Hartson and Kitson, Nolan and Carroll and McAvennie and Cottee, now there is Arnautovic and Lanzini.

In the first half, Lanzini came within inches of playing in Arnautovic on at least three occasions, but it was during 16 devastating second half minutes that we saw the two internationals at their very best.

For Lanzini’s first and the Hammers’ third, he collected a pass, beat Jonathan Hogg with the drop of a shoulder and played in the No10, who fired low past Jonas Lossl with an unstoppable, accurate finish into the bottom left-hand corner.

Five minutes later, the No7 showed his strength and skill to hold off defenders before the ball broke to Lanzini, who fired unerringly into the roof of the net. In two outstanding moments, the game was over.

Of the eight shots West Ham took, five were unleashed by the dynamic duo. Of the six that hit the target, four left the boots of the forward pair. Of the four goals the Hammers scored, three were netted by Lanzini and Arnautovic.

West Ham, and their frontmen in particular, were clinical.

In 17 Premier League appearances this season, Lanzini has eight assists to his name, including penalties won, and six in his last seven appearances, in addition to two goals he netted at the John Smith’s Stadium. Three of those last six assists have been for Arnautovic.

After a slow start, Arnautovic has caught fire since the win over Chelsea on 9 December. In seven appearances, including his match-winner against the Blues, he has scored six times and registered three assists. Two of those assists were for Lanzini on Saturday.

It may be too early to truly compare these two to the great double-acts of seasons past, but there are very real signs that this is a partnership that is here to stay. And long may it continue.