Moyes: We're fortunate it's a replay

David Moyes offered no excuses for his team’s display as they were held by League One Shrewsbury Town in the Emirates FA Cup third round on Sunday.

The Hammers were unable to break down a side two divisions below them and they were reliant on two fine first half saves from Joe Hart to keep them in the hunt.

The teams will now have to replay at London Stadium for the right to progress to round four and Moyes says the Hammers will need to be much better if they are to gain the result they want.

“We’re fortunate that we’ve taken the tie to a replay,” the boss admitted. “Shrewsbury were better than us today so I’m pleased to still be in the FA Cup. 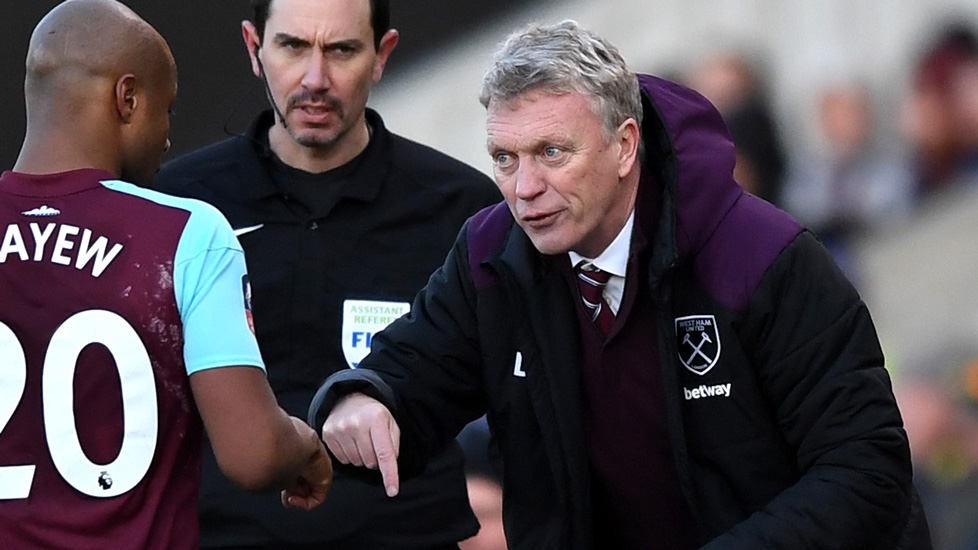 “We had hardly any attempts at all, maybe one or two, but very few. In the first half, Joe Hart made a couple of very good saves, and I don’t think anyone should be surprised by Shrewsbury because they are doing very well in their league.

“They have a bit of momentum so it was always going to be a tough game and not many Premier League teams are winning their games that easily. They are difficult to win.

“The biggest disappointment for me was that we didn’t show enough steel, because when you come to these places you have to show that you can battle and compete physically. I don’t think we did that at all.

“It’s a mentality thing too, wherever you’re playing you have to recognise and respect whatever you’re up against it’s going to be tough, whether that’s Tottenham or Shrewsbury.

“In the first half especially we didn’t compete at all.”

The biggest disappointment for me was that we didn’t show enough steel, because when you come to these places you have to show that you can battle and compete physically

Moyes also had a late injury concern over Winston Reid, who hobbled off with five minutes remaining, and his best player on the day, Josh Cullen, also took a nasty blow to the mouth.

He added: “Josh was probably our best player today. Considering he’s only just come back and we’re getting to know him, he did well.

“He had two teeth knocked out and he’s gone straight to A&E to see if they can save them. Reidy just felt his groin kicking one at the end and we certainly don’t need to add to it [the injury list].”