Hartson: David Moyes is getting the best out of Marko Arnautovic 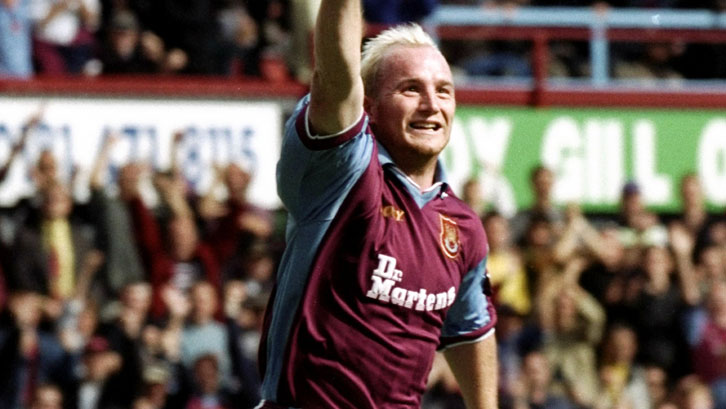 Big, strong, combative, committed and, on his day, unplayable are all words that could be used to describe both Marko Arnautovic and John Hartson.

The Austrian attacker and former Wales centre forward both endeared themselves to West Ham United fans with their physical approach to centre forward play and, above all, their goals.

Twenty-one seasons ago it was Hartson, in partnership with Paul Kitson and under the management of Harry Redknapp, who fired the Hammers to Premier League safety and, two decades on, he has backed Arnautovic to do likewise for David Moyes’ side.

“West Ham carry a threat and Marko leads the attack, he has been like a different player since David arrived in November,” said Hartson. “We always knew Marko had the talent and I don’t think my old Wales teammate and manager Mark Hughes sold him at Stoke last summer because he didn’t have the ability, but rather because he could be inconsistent and sometimes his attitude could be a problem.

“David has sat down with Marko and reminded him what a good player he is and of his responsibility as a West Ham player. I know first-hand that these supporters will not settle for players with carefree attitudes, but they will get behind those who show their work-rate and drive to win football matches. West Ham fans demand players who work hard and give everything they have got and Marko has responded to them, too.

“He is a fine player, everybody knows that, and his talent and ability have never been in question. David has clearly worked on the other side of his game and he is now creating and scoring, while he is also working hard on the defensive side of his game. You could almost say he has become a typical David Moyes player.”

Another player who has flourished under Moyes’ management is one who Hartson knows well from his days with the Welsh national team, James Collins.

Centre-half Collins was a wide-eyed 20-year-old when he broke into the senior Wales set-up in 2004, as Hartson was ten years his senior and coming to the end of his own eleven-year international career.

Despite the age difference, the pair hit it off immediately and Hartson is happy with the way his fellow countryman’s own career has flourished.

“Ginge is a great lad and has done really well, I’m really proud of him. He came into the Wales squad when I was one of the senior players alongside Ryan Giggs and Gary Speed and he got on well with all of us.

“He has had a really good career. Ginge is a head on a stick and is as brave as a lion and I’m not surprised he has had such a long and successful spell in the Premier League."

Collins and Arnautovic will be important to West Ham’s chances this Saturday, when they travel to Hartson’s home city of Swansea – a fixture the former frontman believes is important to the Hammers’ chances of securing top-flight safety sooner rather than later.

“It’s a big game. I would not say it’s a final in itself, but rather one of ten finals every club from Burnley down to the bottom have got to play between now and the end of the season.

“West Ham start the weekend in 13th and Swansea in the bottom three, but a win for Swansea will see them pull level with West Ham on 30 points, while a win for West Ham would take them six points clear of Swansea.

“Nobody from Burnley in seventh downwards is safe, so it’s important to avoid injuries and hope you don’t get any bad luck, to go on a good run and get yourselves to 40 points as soon as possible.”