Chicharito: We have a chance to finish the season strongly 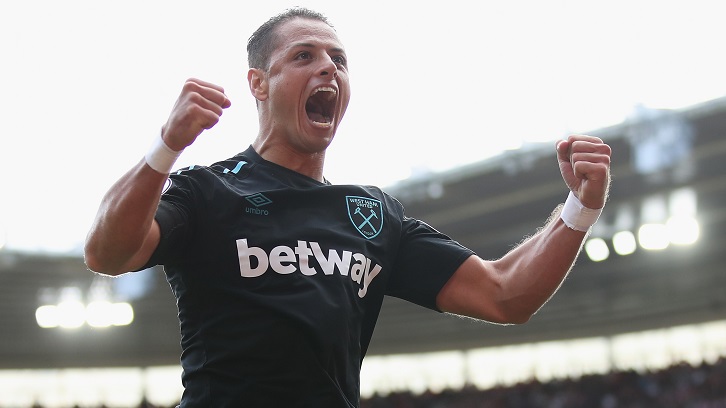 Chicharito says a full-strength West Ham United have nothing to fear from a Premier League trip to Anfield.

The Hammers head to Liverpool with just two players absent through injury – Andy Carroll and Edimilson Fernandes – and on a run of just two defeats in their last 12 top-flight matches.

While the opening half of the season was mired in a succession of distractions, including suspensions, injuries and a change of manager, the Mexico striker believes Saturday’s game will give a true reflection of what the squad can achieve in the future.

Probably next year we are going to be fighting for a European position, you never know

When Chicharito joined the Hammers last July, he was one of four high-profile arrivals who it was hoped would spearhead a successful campaign and a challenge for a UEFA Europa League spot but, for a variety of reasons, things did not initially go to plan.

The centre forward himself scored twice at Southampton on just his second appearance, only for a hamstring injury suffered on international duty to rule him out for four matches from late November.

However, the determined 29-year-old has since forced his way back into David Moyes’ starting XI and rediscovered the form which has seen him score nearly 200 career goals for club and country.

Now, he is full of confidence and full of optimism for the future.

“We had our targets, but they changed,” Chicharito continued, reflecting on the 2017/18 campaign so far. “At the beginning of the season, we were aiming to qualify for European competition, but now we are fighting against relegation, but that is sport, that is football and part of life, so we need to accept it and try to be better and get out and see what’s going to happen next year.

“If we have all these players recovered, probably next year we are going to be fighting for a European position, you never know.”