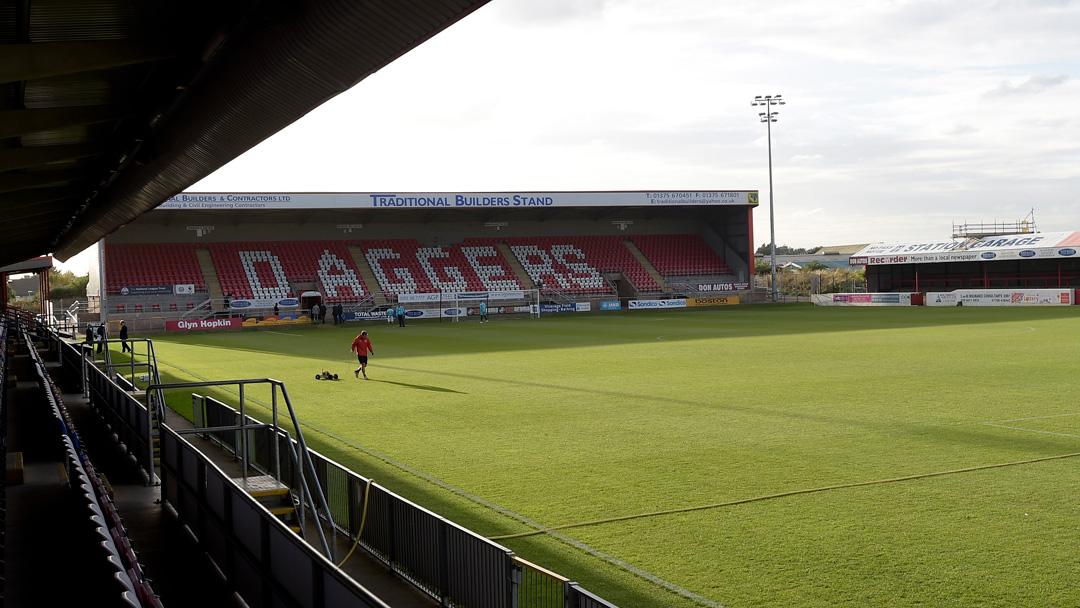 West Ham United will travel to National League side Dagenham & Redbridge for a friendly match on Wednesday 21 March, kick-off 7.30pm.

Dagenham & Redbridge are in an extremely difficult financial position and will look to raise much-needed funds from this fixture against a strong Hammers side.

Having been approached by the Daggers, Joint-Chairman David Sullivan was keen to assist a local club in need and, with the full support of manager David Moyes, the pair readily agreed to the friendly, with 100% of the proceeds going to Dagenham & Redbridge.

With the Hammers facing a three-week gap between fixtures in March due to Manchester United’s continued involvement in the Emirates FA Cup and the final international break of the season, David Moyes will make use of the game by sending as strong a squad as possible as he aims to maintain his players’ match sharpness.

West Ham United Chairman David Sullivan said: “As soon as we heard that Dagenham & Redbridge were in need of financial assistance, David Moyes and I didn’t hesitate to offer our help by sending down a team for a fundraising friendly with our neighbours.

“We’ve always enjoyed a close relationship with the Daggers and are looking forward to this match, not only as a means of raising important funds, but also because it will be an enjoyable evening of football.”

Dagenham & Redbridge Chairman Paul Gwinn said: “A massive thank you goes to West Ham United for agreeing to the match on 21 March. The support we’ve received from David Sullivan and David Moyes is hugely appreciated. It really will help save our club and I couldn't have asked for more.”

There are 1,200 tickets available to Hammers fans for the friendly at the Chigwell Construction Stadium, which plays host to the Hammers’ Premier League 2 matches.

Seats are priced at £15 Adults, £10 O65s and £5 U16s and are on General Sale now, with supporters able to purchase up to four tickets per client reference number.

Tickets can be purchased at eticketing.co.uk/whufc, over the telephone on 0333 030 1966 or in person from the London Stadium Ticket Office.