Making the most of it: How West Ham punished Watford 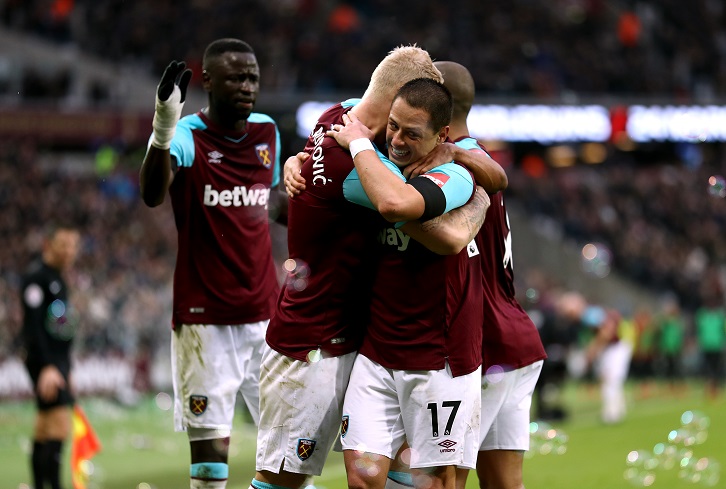 West Ham United proved in their 2-0 Premier League victory over Watford that it is not having possession of the football that is important, but what you do with the football when you have it.

So, when you heard David Moyes demand more from his team, despite seeing them pick up a seventh Premier League victory of the season and keep a first top-flight clean sheet since the 3-0 win at Stoke City on 16 December, these statistics will help you understand why.

Moyes wants his team to play better, more accurate, attractive, incisive football, but with creator-in-chief Manuel Lanzini out injured, the Hammers adapted to the circumstances of Saturday’s game and found a way to win.

The hosts’ opening goal was characteristic of West Ham’s more direct approach, with Michail Antonio picking possession up near the left touchline on halfway, powering past Daryl Janmaat with a combination of pace, power and a stepover before crossing perfectly for Chicharito to head past Orestis Karnezis.

Holding the advantage, West Ham sat back, got themselves organised and played on the counter-attack for virtually the whole second half.

While the opening 45 minutes was an even affair territory-wise – each team spent 24 per cent of the game in the attacking third, with 52 per cent of play in the middle third – Watford went on the offensive as they sought an equaliser, with 35.5 per cent of play in West Ham’s defensive third after the break.

As the below graphic shows, Watford also dominated possession of the ball in the second period. 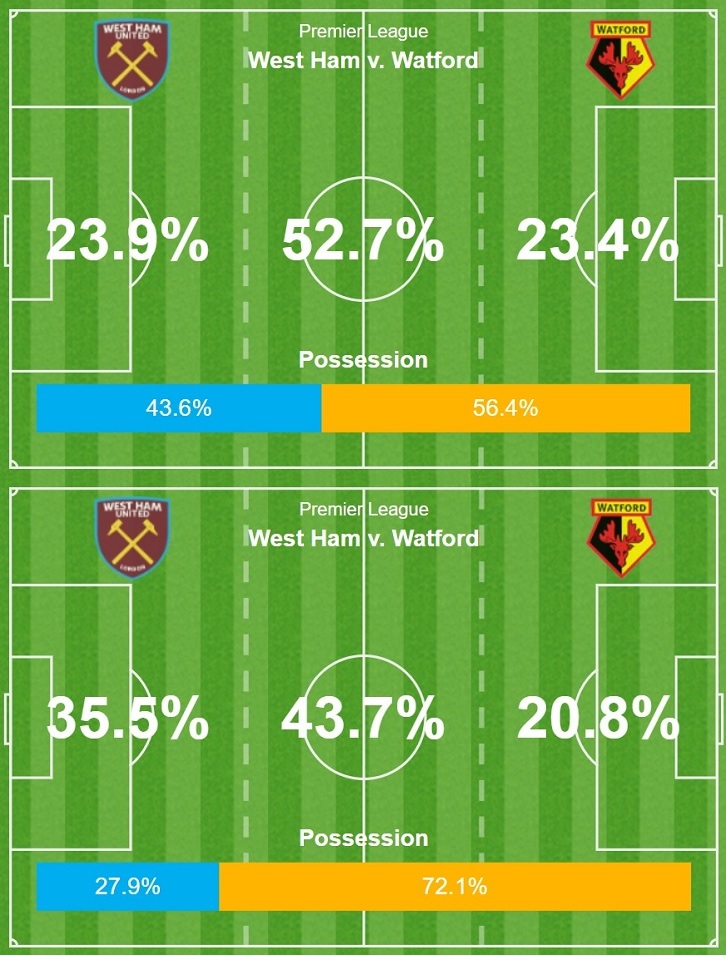 However, Javi Gracia’s side were unable to fashion a way past Adrian and his determined defence, who combined to make an amazing 29 clearances in the closing 45 minutes – four more than Watford made in the entire match!

And at the other end of the pitch, West Ham made the most of their intermittent forays forward, scoring a match-clinching second goal as the indirect result of one of those counter-attacks.

Marko Arnautovic was both the instigator and the goalscorer, attempted to send Chicharito clear with a skilful pass with the outside of his right foot that Jose Holebas could only head behind for a corner.

From Aaron Cresswell’s short flag kick to Michail Antonio, the ball fell back to the No3, whose initial cross was spilled by Karnezis. Dodi Lukebakio’s attempted clearance hit Cresswell on the right leg and flew straight to Arnautovic, who controlled instantly before passing the ball into the net from six yards.

Fortunate, maybe, but the result of West Ham turning defence into attack and making the most of their time in Watford territory.

Yes, Moyes wants his team to play with more poise, but this was a victory based on resilient, organised defending and an ability to turn limited possession into chances and goals – jobs his players did very effectively indeed.