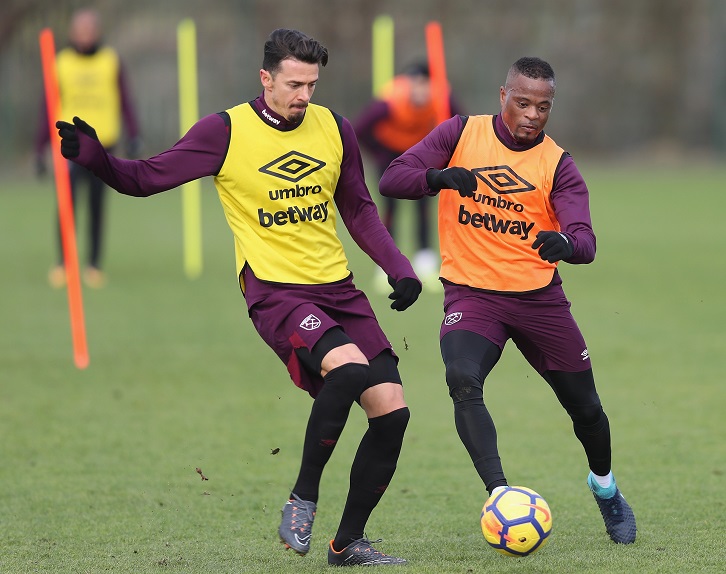 Jose Fonte believes Patrice Evra still has plenty to offer and will help West Ham United ‘massively’ over the closing months of the season.

The Portugal defender has enjoyed many battles with the former France captain down the years, at both domestic and international level, and is delighted he and Evra will now be on the same side.

At 34, Fonte knows exactly what is required to continue playing at the highest level as the years advance, and he believes the 36-year-old Evra has been following a similarly professional lifestyle throughout his long and illustrious career.

Age means nothing, so if you live life right and have the right mental attitude, like he does, you’ll be successful

“Patrice is a proven player, a very good professional and keeps himself fit, as we can all see and it’s good to have him in the team,” Fonte observed.

“He’s going to help us massively, without a doubt. Age means nothing, so if you live life right and have the right mental attitude, like he does, you’ll be successful.

“He still has a lot to offer, so well done to the Club on the signing.”

Fonte was on the opposing team in Evra’s final games for both Manchester United, lining up for Southampton in a 1-1 against the Red Devils in May 2014, and France, defeating Les Bleus 1-0 in the final of UEFA Euro 2016.

The left-back may not have got the better of Fonte on either of those occasions, but the Portugal star says his new teammate possesses an infectious winning mentality.

“On the pitch, he is a winner. You can see he wants to win all the time, he’s aggressive and makes good decisions, has good positioning and doesn’t make many mistakes. That’s what you want from your defenders.

“He gets forward when he can as well, so there is not much I can say about him that people don’t know already. He’s a great player and a great addition to ourselves.” 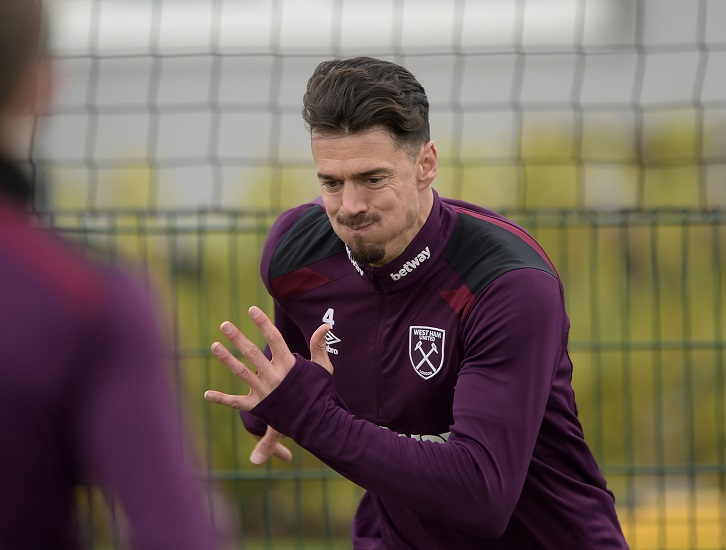 While Evra could make his debut against Watford on Saturday, Fonte himself is also fit and ready to return to action.

The No4 was back in the first-team squad for the Premier League visit of Crystal Palace on 30 January, and was again handed a watching brief as an unused substitute at Brighton & Hove Albion last weekend.

The experienced Fonte is now eager to get back on the pitch and help the Hammers secure their top-flight status as soon as possible.

“I’ve said before and I’ll say it again – I’m ready. Whenever the manager needs me, I’m ready and just want to be out there helping the boys, producing good performances.

“All I am focused on now is helping the team and helping us get up the table.”

Fonte says his friend and fellow countryman Joao Mario is equally keen to inspire the team after making a strong start to his career in Claret and Blue.

“Joao came in at a difficult time because we are missing Lanzini, Arnautovic and Masuaku, who give us a lot offensively and now they are coming back he will feel more at home because they are the type of players who link up, want the ball and have the same mentality he does.

“I’m hoping that, when all these players come back, we’ll see even better and more from him.”