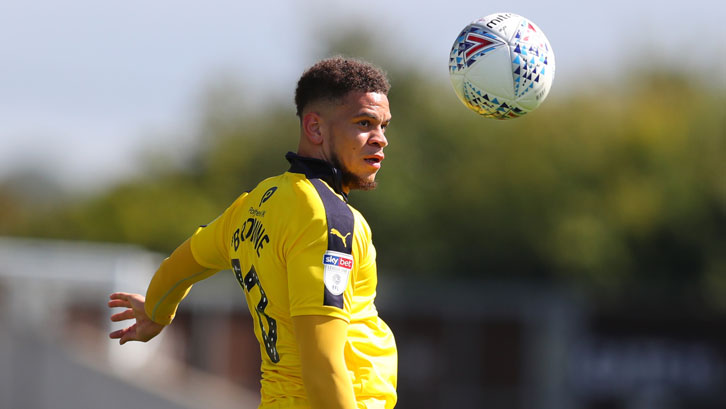 Marcus Browne has plenty to celebrate as he turns 21 on Tuesday.

The West Ham United attacking midfielder is in the form of his life at loan club Oxford United, inspiring Karl Robinson’s side to a run of just one defeat in eleven EFL League One matches.

Browne has been in superb form, scoring four goals – all of them in victories – and assisting three to help lift the U’s out of the relegation zone.

The youngster’s performances have won praise from another Academy of Football graduate who knows what it takes to get to the top – Rio Ferdinand.

The former West Ham defender and England captain is a friend of Browne’s agent and has consequently kept close tabs on a player who joined the Irons at the age of eight.

He’s a person with a lot of experience, so when people like that try to help then you can’t do anything but listen and take it on board

“Rio knows my agent really well, so we work closely,” Browne told the Oxford Mail. “We’re in constant conversation about how I’m doing and he gives me advice.

“We do message each other and chat to make sure I’m keeping my head down and staying focused.

“He’s a person with a lot of experience, so when people like that try to help then you can’t do anything but listen and take it on board. It does help.”

It is not only Ferdinand, who played 158 times in Claret and Blue between 1996-2000, who is keeping tabs on Browne’s fine performances.

Defenders in EFL League One have been giving the young attacker the physical treatment, but the birthday boy is not about to take a backward step.

“Personally I take it as a compliment,” he said. “If I was a defender and I had someone who kept getting joy in forward areas I’d want to kick him as well.

“I’d expect nothing less, to be fair.”

Browne will hope to end his birthday on a high when Oxford entertain Tottenham Hotspur U21s in the Checkatrade Trophy second round at the Kassam Stadium on Tuesday evening.