Manuel Pellegrini has challenged his West Ham United squad to overcome the club’s injury issues again when they travel to Fulham on Saturday.

The Hammers head to Craven Cottage having won their previous three Premier League matches – their best run for nearly two years – but without eight first-team players in west London.

Manuel Lanzini, Winston Reid, Andriy Yarmolenko, Carlos Sanchez, Sam Byram and Ryan Fredericks are all nursing long-term injuries, while Marko Arnautovic and Jack Wilshere will be unavailable as they continue to receive treatment for hamstring and ankle problems respectively.

However, manager Pellegrini has been impressed by the way his players have responded to the challenge in recent weeks, losing just one of their previous Premier League games to rise to tenth in the table.

“Lucas Perez has a pain in his instep [after being injured during the first half of last Saturday’s win over Crystal Palace]. We are reviewing it. Tomorrow we will know exactly who will be in the squad.

“Jack Wilshere continues his treatment with his ankle. He will not be involved in this game.” 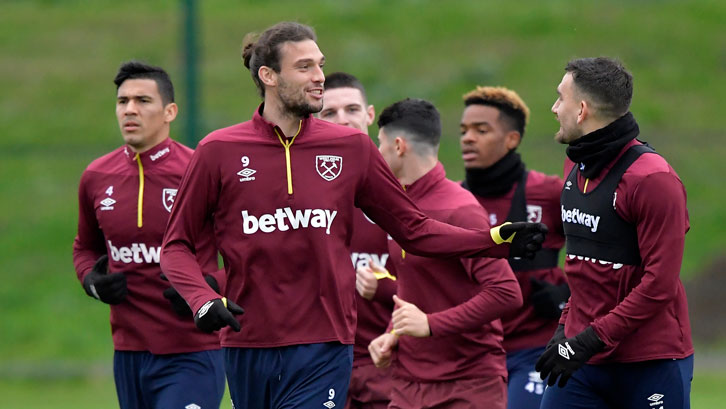 One player who has made a welcome return to action is Andy Carroll, who replaced Lucas Perez at half-time last weekend and produced a typically action-packed performance in West Ham’s come-from-behind 3-2 victory.

“He first played in the friendly game we had against Brentford [on 15 November] and now he played 45 minutes and [won the free-kick] that allowed us to score the second goal [against Crystal Palace].

“He did a lot of good work for our team and we will see what happens with him this week.”

With Carroll back in action, Pellegrini is also hopeful Wilshere will follow him onto the pitch in the near future, followed by Arnautovic and the club’s other injured players in the New Year.

When they do, the intensity level in training will naturally be raised, further boosting the Hammers’ hopes of launching a sustained challenge for European qualification.

“It is not only [important to have players returning] for competition for places but also because we don’t have too many players,” said the manager.

“We cannot play with the same players in every game this month, so every player who recovers from his injury, especially important players such as Jack and Andy Carroll, are important for us, of course.”