Pellegrini: We remained calm and deserved to win

Manuel Pellegrini said West Ham United’s calm response to falling a goal down was the secret to coming from behind to defeat Crystal Palace.

The Hammers won their third Premier League game in a row with a 3-2 victory at London Stadium, but not before going behind to James McArthur’s early goal and trailing at half-time.

Instead of panicking, the Irons stuck to their principles and were rewarded as goals from Robert Snodgrass, Chicharito and Felipe Anderson turned the game on its head and rendered Jeffrey Schlupp’s late header a mere consolation.

In the second half, we started with more calm and prepared in the last third options to score and we scored three goals

“I think we deserved the win because, if you review the complete game Crystal Palace had three chances to score,” Pellegrini observed. “They scored two goals from set pieces and one free-kick that hit the crossbars. After that, they did not have any clear opportunities by playing.

“While I was worried about their strikers because they are very good players, they had not scored one goal before this game from set pieces, except from penalties, but today they did it twice!

“Fortunately, I think we started the second half with the calm that we didn’t have in the first half. In the first half we had six or seven good positions but it seemed like we were missing the calmness to make options. I felt we were playing too fast and it was difficult to create chances again a defence that is normally so well organised.

“In the second half, we started with more calm and prepared in the last third options to score and we scored three goals.”

As they did against Cardiff City in Tuesday’s 3-1 win, West Ham scored three second-half goals, but Pellegrini felt his team played better in beating Crystal Palace than they did in midweek.

Not only did the Hammers come from behind, but they also kept their composure at both ends to score three fine goals and keep Palace's skilfull attackers quiet.

“It was a different game from Tuesday because we were playing too fast. We defended well against their fast technical players or allow them to have clear chances, as when you are losing 1-0 it was easier for them to have dangerous counter attacks.

“I think the important thing is that we scored three goals for the third game in a row and that reflects a little bit more that this team now is trying to do in a new style.” 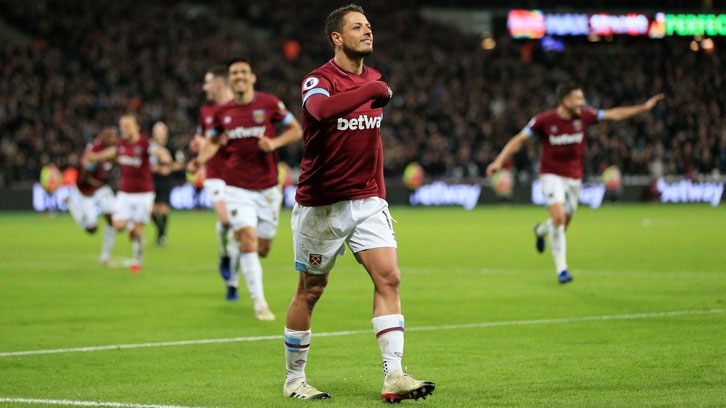 Pellegrini joked that he expected Andy Carroll to score twice after sending the No9 on as a second-half substitute for the injured Lucas Perez, as Chicharito had done at Newcastle and the Spaniard himself had done against Cardiff, but it was the centre forward’s teammates who did the damage.

“Of course, we are happy that three different players scored,” the manager continued. “I had to make a change during the half-time because Lucas couldn’t continue playing, so I told Andy that it was his moment to score two goals, as it had been for Hernandez and Lucas, now it was time for Carroll!

“Well, he didn’t score but he worked hard and we scored three goals as a team!”

Now up to tenth in the table ahead of further games against teams in the bottom half in Fulham, Watford, Southampton and Burnley to close out 2018, the manager wants his team to maintain its current momentum.

“We started so badly with not one point from four games, so it was very difficult to recover after that bad a start, but I think we must continue.

“If we win the next game maybe we will negate that bad start, but I said to the players that we must keep the winning mentality and try to go game by game.

“Now we have to play against Fulham away, a team that is near the bottom of the table which is always difficult, so we must enjoy this game for today and tomorrow think about the next one.”