Hammers make it three wins from three in Palace thriller 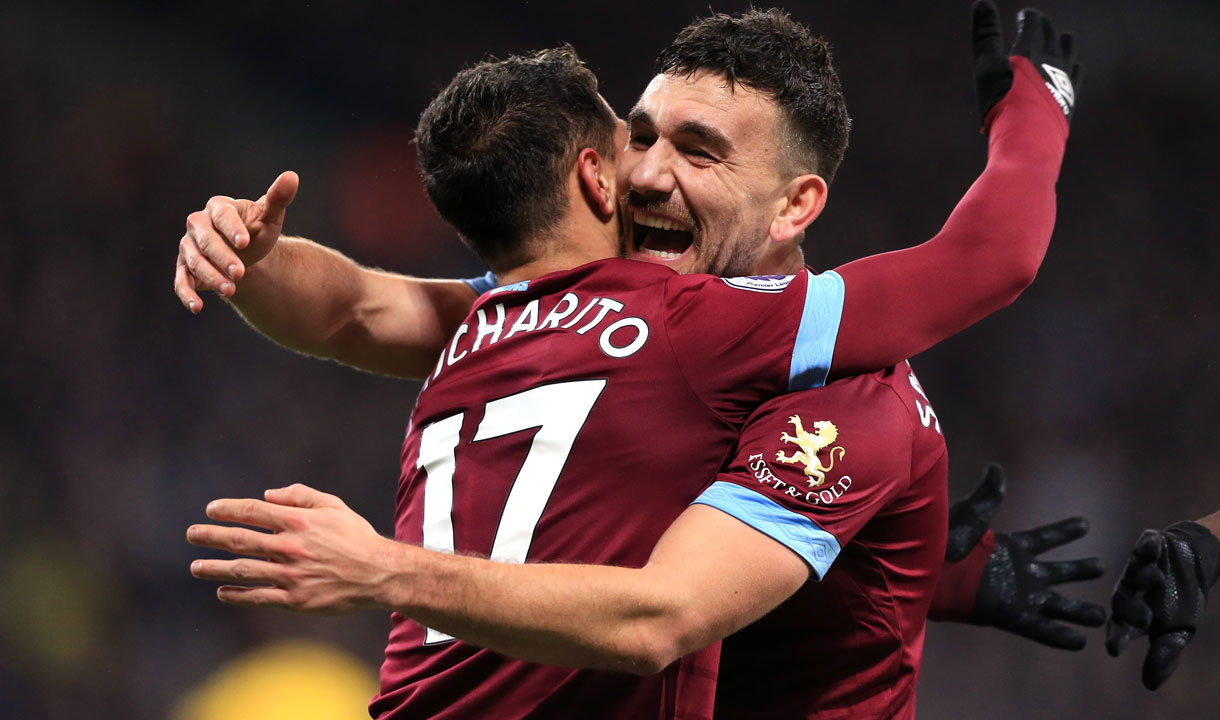 West Ham United made it a three wins in a row after a stirring second half saw off Crystal Palace in a five-goal London Stadium thriller.

Manuel Pellegrini’s men found themselves 1-0 down at the break thanks to James McArthur’s sixth minute strike, but they turned the game on its head in a stunning 20-minute spell after the restart.

Robert Snodgrass’ excellent finish from 20 yards got them started, before a poacher’s effort from Chicharito and Felipe Anderson’s sublime curler made it 3-1.

Jeffrey Schlupp gave the hosts something to think about with a header 14 minutes from the end, but the Hammers saw it out to keep their perfect December going.

The Hammers started on the front foot and created a chance inside the first four minutes when some sharp passing on the edge of the box slipped Chicharito in, but the Mexican was unable to beat Wayne Hennessey with his low effort.

Two minutes later the Eagles moved in front, and it was a goal that the Hammers would not want to see again. James Tomkins got up above Arthur Masauku to meet Patrick van Aanholt’s deep free-kick, and nobody tracked McArthur’s secondary run, giving him a simple finish beyond Lukasz Fabianski.

Palace were prepared to drop deep and defend inside their territory, meaning the Hammers bossed possession but they struggled to create clear openings before the break and Palace so nearly doubled their advantage on the stroke of half-time.

Manuel Pellegrini had the post to thank for his side going in just one down after Luka Milivojevic’s free-kick beat Fabianski but not the upright.

The Hammers introduced Andy Carroll from the bench at half-time, and they were soon level through Snodgrass.

Mamadou Sakho didn’t get enough on his clearing header from Pablo Zabaleta’s cross, and the No11 punished him with a fine finish from 20 yards, arrowing the ball into Hennessey’s top right corner.

West Ham kept the pressure up and a foul by Tomkins on Carroll 22 yards out set up their second just past the hour. Felipe Anderson bent a free-kick over the wall and Chicharito gambled on Hennessey’s parry to smash home.

Palace were rocking and the hosts took full advantage with a third on 65 minutes. It was a goal of real quality too, Felipe Anderson picking up possession from Chicharito in the left channel, taking a touch onto his right and arcing a perfect shot out of Hennessey’s reach into the opposite corner.

The game was not won yet though, and Palace ensured a nervy finale when they worked a 76th minute corner short for Max Meyer to cross and Schlupp plant a header home.

But West Ham stood strong and ensured there would be no way back for the visitors as they recorded three straight wins for the for the first time in two years.