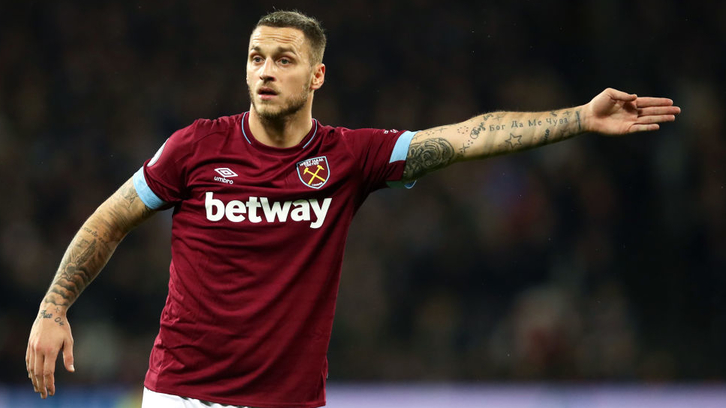 The 2017/18 Hammer of the Year was forced from the pitch in the first half of the midweek Premier League contest, and was replaced by Lucas Perez.

Pellegrini has admitted the Austrian has joined the list of players currently available for the Irons, with the No7 expected to miss around a month of action.

"Arnautovic has a muscle injury and he will probably be out for around a month," Pellegrini said in Thursday's press conference. "We know Marko is a top player. We know how important he is. He adds a lot to this team."

We know Marko is a top player. We know how important he is. He adds a lot to this team

The boss also revealed that midfielder Jack Wilshere would not feature in Saturday's match with Crystal Palace, but could be back in contention for next weekend's fixture away to Fulham.

Aaron Cresswell could also return to the squad in time for the game on Saturday 15 December, after coming off against Newcastle last weekend.

Pellegrini continued: "Wilshere, with his ankle, is not 100 per cent comfortable, and he will not be involved in this game. I think it will just be this game. I hope he will be okay next week.

"Next week, maybe Cresswell can also be ready."

Andy Carroll could feature this weekend, with Pellegrini happy with how the striker performed during his substitute showing in Tuesday's win. 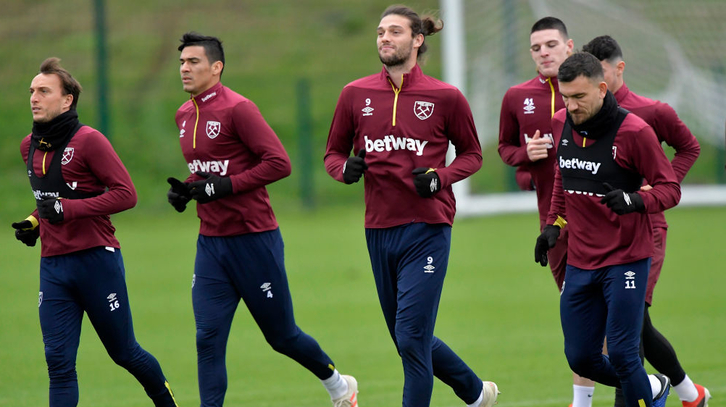 Pellegrini said: "We hope he will now continue playing games. Those few minutes the other day, I think were very useful minutes for him. He worked today without problem."

Although Pellegrini feels his squad is currently suffering from too many injuries, the manager has faith that his squad are able to cope, and has called on his players to show their best over the festive period.

"We have too many players injured," Pellegrini added. "We know we have to play seven games in December, and after that six games more in January. But I always have the same answer. We have a squad. It is the moment for our other players to demonstrate why they are here.

"I was very happy with Lucas Perez the other day. He took his chance and he scored two goals. So, we must continue working with the players we are able to in this moment. I hope all our players will recover as soon as they can."