West Ham United manager Manuel Pellegrini met with members of the gathered media on Thursday afternoon ahead of the Irons’ Premier League clash with Crystal Palace.

The Chilean opened up about Lucas Perez’s form, the style of football he has West Ham playing and much more…

‘Lucas has the chance and must take it’

While West Ham United lost Marko Arnautovic to injury during Tuesday’s match with Cardiff City, the man who came on in his place, Lucas Perez, netted his first two Premier League goals of the season.

Pellegrini was delighted with the impact the Spaniard had, having signed him from Arsenal in the summer, and wants to see players taking their chances in the first team when they are given.

With Arnautovic set to be unavailable, the challenge has been laid down for West Ham’s other strikers.

On Lucas, Pellegrini said: “I’m pleased because he’s a player I brought in this season to this team. We know Lucas and we know he is a good striker but for other reasons he couldn’t start playing in the other games. But the important thing is, when he has the chance, he takes the chance.

“Now with the long injury to Marko we have in that position also Andy Carroll, who is recovering from his injury. We have Lucas Perez, we have Javier Hernandez, we have Xande Silva, who is another young player. I hope all of them will help us in the absence of Marko.” 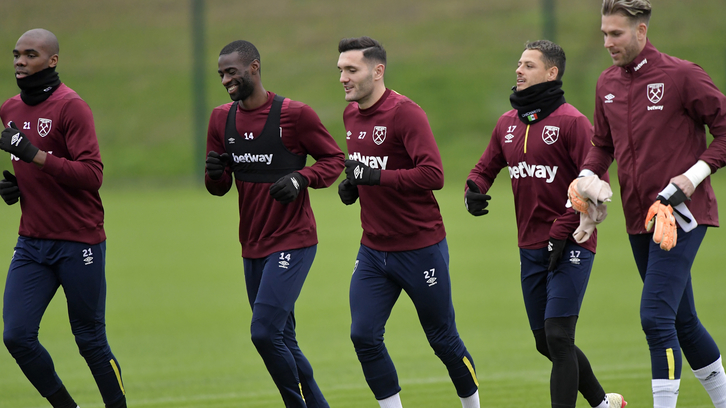 It’s not just the current players in the squad, but Pellegrini has also hinted that members of the West Ham United Academy could get their chance to impress.

Grady Diangana was the most recent graduate, stepping into the senior squad, and the boss believes there are other youngsters ready to follow the path set by the likes of the winger and Declan Rice.

“We have so many injuries to players in different positions, so all of our players must be ready. Not only the professional players, the young players too.

“We brought in Diangana some months ago and I think we have other young players who could play in this moment.”

The Irons head into this weekend’s match with Crystal Palace on the back of consecutive league victories, but Pellegrini is still demanding more from his team.

The manager knows that his players trust in the changes to style he has tried to implement, with the Hammers utilising two strikers in the last two matches, and Pellegrini is delighted with the progress so far.

He said: “I said before when the results weren’t what we expected, that we are improving as a team. We are doing things better. If you are winning in back-to-back games, the trust of the players is bigger. But we cannot stop in this moment.

“I am happy because we are improving. You must never be 100 per cent happy with the performance because you always need things to improve. With football, the result or the score change with two or three balls. We are improving and, I said always since the first game of the season, we are in the correct place to change the style of play. 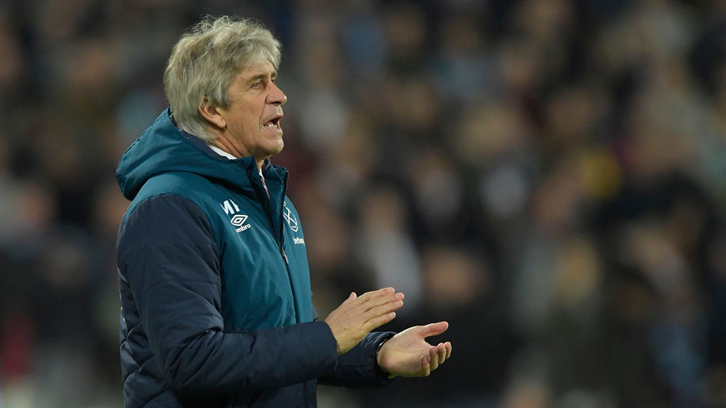 “We didn’t change because we lost some games. We continued and we are trusting in what we do. The most important thing is the players do it also.”

The Chilean is now calling on side to continue their recent good form and recover from what was a poor start to the season.

Pellegrini added: “We were so bad in the beginning of the season with not one point from 12. We must continue trying to recover that bad start from now until the end of the first round.

“We now have four games, starting this week against Crystal Palace, that we need to add points from.”

‘We have to play as a team against Palace’

Against the Eagles this weekend, West Ham the chance to end a good week with nine points from their three matches.

Pellegrini wants to see his team continue to work cohesively as a unit, while also continuing to reach the same high individual standards they have set for themselves in recent games.

“As I always say to the players, we need a performance. If we don’t have high individual performances then it is very difficult to beat a team.

“After that, we have to play as a team. Without the ball, try to defend in the correct position, and with the ball try to play and try to score.

“We have a third challenge at home again, and I hope we can continue in the same way."

‘We are in the position we deserve’

Heading into this weekend’s match, West Ham sit 13th in the Premier League, nine points clear of the bottom three, and just five points away from sixth. 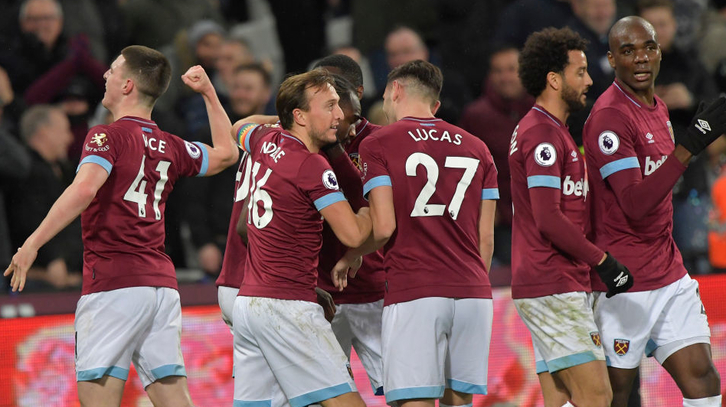 With the next five December matches against teams currently in the bottom half of the table, there is hope that the Hammers can collect more points and climb further up the division.

For Pellegrini, the club is sitting in a deserved position, after a difficult start to the campaign, and insists he is purely focusing on getting the win over Palace, and not on future games or what could be, come the end of the month.

“I think, in this moment, we are in the position in the table that we deserve because we didn’t have one point from 12,” Pellegrini said.  “If you start the table after those first four games, we could be in sixth position, just one point behind Chelsea. But those four games exist, so we need to use these next four games to recover our bad start.

“I am just thinking about the next three points against Crystal Palace. It is the most difficult game we will play this season because it is the next one. After that, we can do all different mathematic exercises to think or imagine different things.

“For me, it’s just the next three points.”