Pellegrini: We kept calm and got our reward in the second half

Manuel Pellegrini had praise for West Ham United’s mentality after they shrugged off a scoreless first half, in which Lukasz Fabianski saved a Joe Ralls penalty, to defeat Cardiff City 3-1 on Tuesday night.

The Hammers blew Cardiff away with three goals inside the first 16 minutes of the second period – two for Lucas Perez and a Michail Antonio header – before the Bluebirds netted a late consolation.

Following on from Saturday’s success at Newcastle United, the three points gave West Ham their first back-to-back victories under Pellegrini’s management and the Chilean says his team are continuing to improve with each passing week.

“It was a good game with a good result,” he explained. “Maybe it was different in each half – the first 45 minutes we didn’t play so well, but in the second half we made more movement to create the space to try to score.

“I was pleased to see that the team wasn’t nervous when we didn’t score in the first half. Sometimes in that situation you can start to play faster than you need in the second half, but we were calm, we tried to keep continue believing in what we do every day and that was the reason why we scored the goals.

“I’m very happy for Lucas because he is a player who has arrived with me at West Ham, and for whatever reason he hasn’t had too many chances before, but the important thing is the player takes the chance when they have it and he did very well tonight. 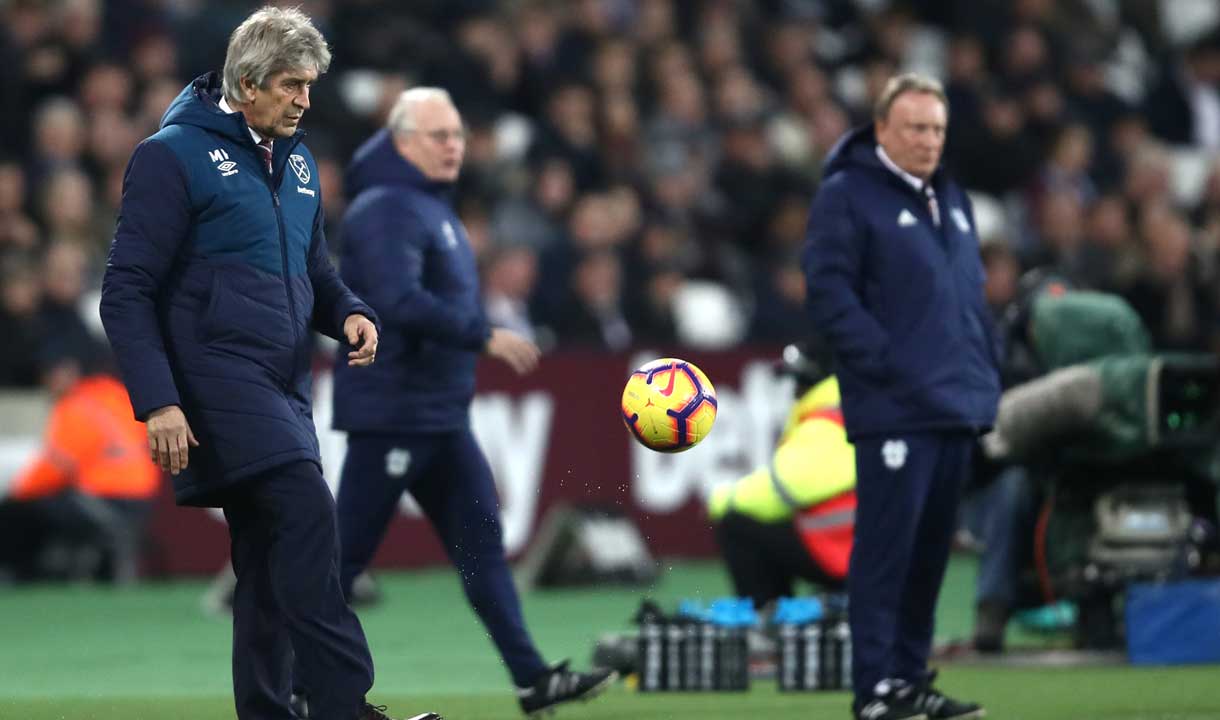 “You never know what might have happened had that penalty gone in. We would have been losing 1-0 and the away team could have finished the first half in front when they didn’t have a shot on our goal before then and we had three clear chances, but it was a very good save for Lukasz.

“It’s good to believe in what we are doing. In every game we try to win from the first minute whether we are away or at home, and maybe that change of style is not easy to do in a short time, but game-by-game we are improving.”

One negative for the Hammers was Marko Arnautovic’s enforced exit in the opening period and Pellegrini says he will know more about the Austrian’s fitness as the week progresses.

He also added that Jack Wilshere’s absence from the matchday squad was merely a precaution as he continues his comeback from an ankle injury.

“We cannot know about Marko at this moment,” he said. "We must wait until tomorrow to see the medical examination and then we’ll know what it is.

“I didn’t want to take any risks with Jack. If he needed to play he could play, it was just to not take a risk.