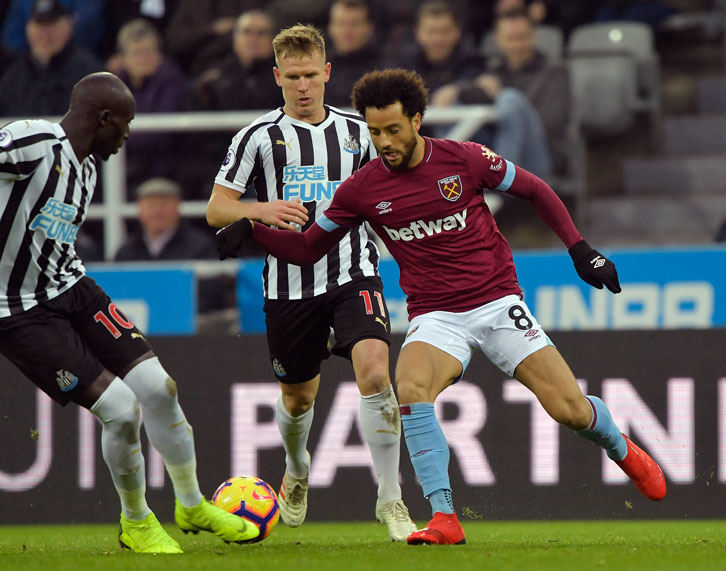 The 25-year-old was irresistible at St James’ Park, repeatedly running by or away from right-back DeAndre Yedlin, creating chances with his searing pace – his top speed of 35.11km/hr was the fastest of any player – elusive dribbling and perceptive passing ability and capping a virtuoso display with a well-taken goal of his own.

On the BBC’s Match of the Day highlights show, former England midfielder Jermaine Jenas was suitably impressed, observing: “He gave DeAndre Yedlin a torrid time. Yedlin did not know what to do with him. He was toying with him by the end of the game. Get tight to him and he's going to nick it round you, slow it down, speed it up.” 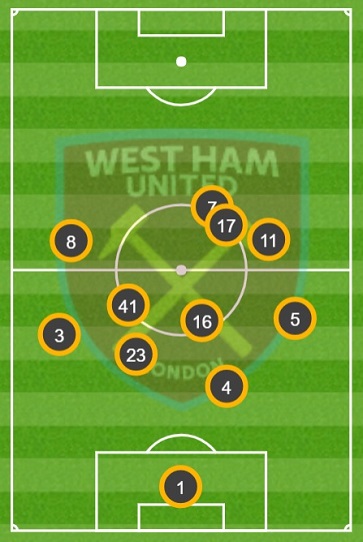 But Felipe Anderson’s ‘toying with’ the Magpies right-back did not tell the whole story of a performance which saw the Brazil winger play a starring role as West Ham repeatedly tore through the Newcastle midfield and defence with incisive, lightning-quick counter-attacks.

With Marko Arnautovic and Chicharito paired in attack and Felipe Anderson and Robert Snodgrass playing in advanced positions on the wings, the Hammers immediately had three or four players in forward areas whenever they won back possession – something they did 64 times to Newcastle’s 46.

By average position (see graphic), West Ham’s formation resembled an ambitious 4-2-4, with the work done by Declan Rice and captain Noble in central midfield and centre-backs Fabian Balbuena and Issa Diop vital to the Irons’ ability to keep Newcastle’s own forwards at bay.

While there were moments when the Magpies took advantage of the spaces made available to them by West Ham’s attacking approach, it was the visitors who created by far the better goalscoring chances.

And it was Felipe Anderson who repeatedly took the game to Rafa Benitez’s side, racing down the left wing.

Amazingly, one leading statistical website credited the No8 with just two dribbles, when the reality saw him collect possession and set off with the ball at his feet again and again.

One such run saw him cut inside and provide an inch-perfect pass for Chicharito, who hit the side netting, while a second ended with a low shot blocked by Newcastle goalkeeper Martin Dubravka. 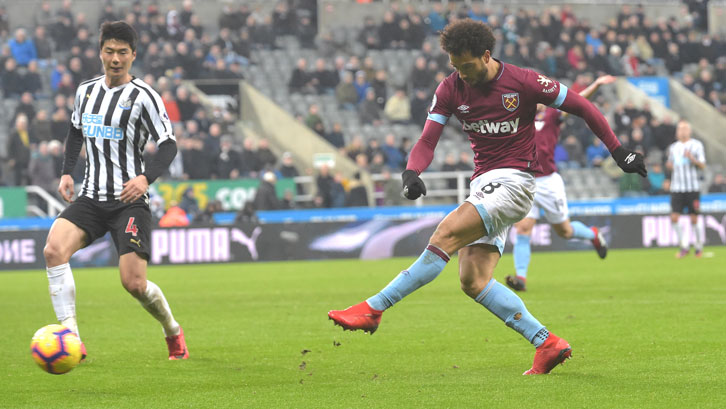 Felipe Anderson was not to be denied his fourth goal in four Premier League games and fifth of the season in total, though.

There were just seconds remaining on the clock when Jack Wilshere span away from his man inside the centre circle and found the winger in space. He still had Fabian Schar to beat, but Felipe Anderson showed determination and strength to shrug off the Switzerland defender before slotting an accurate finish through the same legs Dubravka had used to save his earlier effort.

The South American raced to the West Ham dugout, where he was engulfed by his teammates. It was a fitting end to yet another wonderful and decisive display from the Claret and Blue Army’s newest hero.