Pellegrini: Getting the first win was important 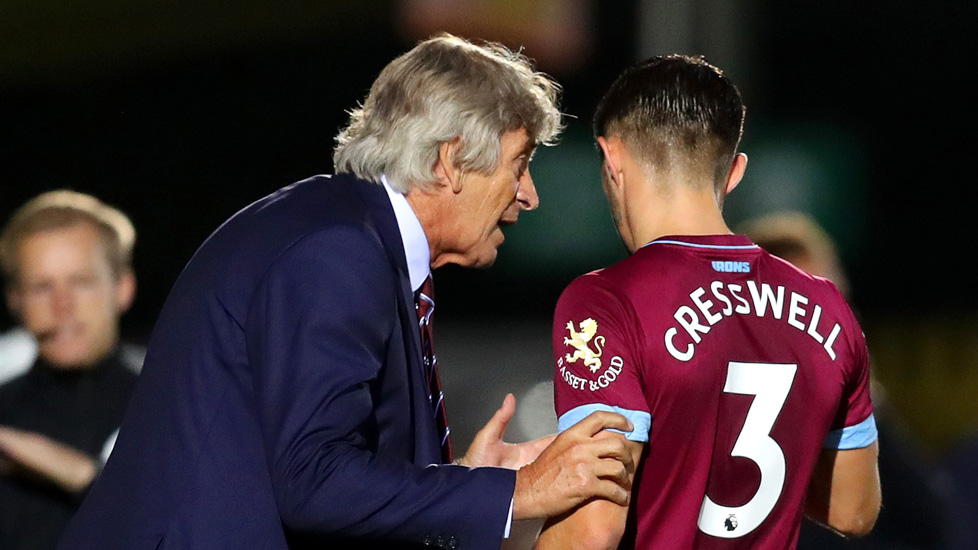 The Hammers headed to south west London searching for their first victory of the season, so Pellegrini was delighted to see second half goals from Issa Diop, Angelo Ogbonna and Chicharito defeat their League One hosts.

With his side set to return to Premier League action at home to Wolverhampton Wanderers on Saturday, Pellegrini wants to see the east Londoners use their progress in the Carabao Cup by taking that result into the league campaign.

“It’s important to get the first win, because if you continue losing you can improve a little bit, as we did on Saturday, but you need to win,” he explained.

“That’s always in the minds of the players, they can continue trusting but everyone needs results in football. Now, today we will start preparing for the game on Saturday.” 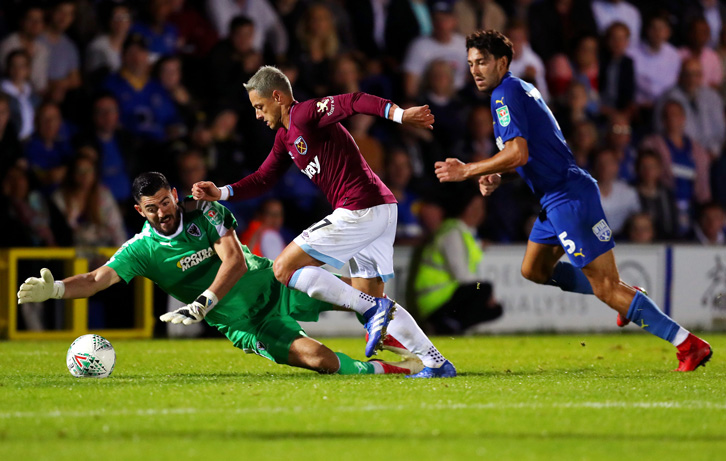 Pellegrini had praise for the impact of half-time sub Felipe Anderson, who helped turn the game in the visitors’ favour after the break.

He continued: “Pedro Obiang was not playing badly, but he had a yellow card and we didn’t want to take any risks to level that up, and I thought we also needed a more creative player and Felipe did well.

“Felipe needs to adapt his style of play to the Premier League a little bit more – not to run with the ball so much because it’s difficult here with so many fast players.

“But when he has the ball, you feel that something different can happen.”

Pellegrini was impressed with Wimbledon’s application in defending their one goal lead for so long with a man less on Tuesday, but said his team’s patience was key in wearing them down.

He added: “When you are playing against one player less and the minutes are running out, [it’s easy to] try and make crosses from both wings. But Wimbledon are strong in aerial duels, so we kept working with both full backs wide, with both wingers going in and the calmness we had was our best attribute in this game.

“I have to congratulate Wimbledon because they played really well. It was very difficult for them to play with one player less, but they fought until the end.