Pellegrini: The best thing was we kept calm 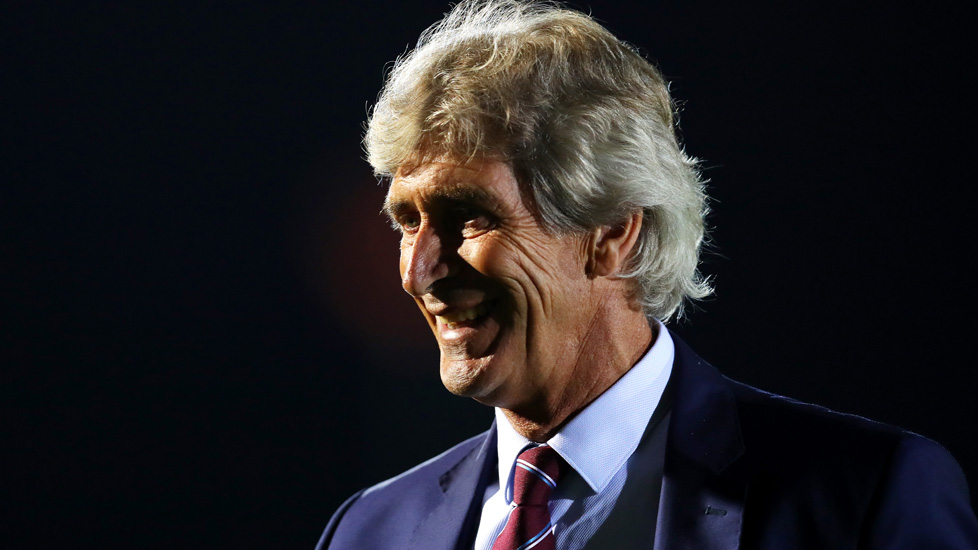 Manuel Pellegrini praised the mentality of his team after they came from behind to defeat ten-man AFC Wimbledon 3-1 in the second round of the Carabao Cup on Tuesday night.

The Hammers were forced to do things the hard way after Joe Pigott gave Wimbledon a second minute lead, but their cause was then helped by a red card for Rod McDonald.

West Ham enjoyed a near-monopoly on possession, but were frustrated by a stubborn Dons side until Issa Diop finally broke their resistance in the 63rd minute.

Angelo Ogbonna and Chicharito would go on to seal victory with a brace of late goals and Pellegrini was pleased with how his team kept going in their search for those vital goals.

He said: “[It’s difficult] when you play against teams who defend very well and are so strong aerially, and when you go 1-0 behind in the first minute of the game to the first corner, when you work all week not to suffer those kinds of goals.

“But after that the most important thing was our dedication to win this game, and I was sure that if we continued playing [in that way] we would score the goal.

“That was the best thing about the performance tonight, that we kept calm.

“We didn’t score the goal [until the 63rd minute], but we kept calm, we kept moving, we tried to create space and eventually we scored the goals that we needed to win the game.

“It’s important to win, for the trust of the team. We need to continue working in this way. We are improving and I hope that on Saturday we can get our first win in the Premier League.”