West Ham United’s Foundation’s 150 Club has been celebrating numerous victories already in its third year of running. Taking its name from the recommended amount of 150 minutes of exercise people should take per week, the 150Club Newham Community Prescription programme works to prevent high rates of diabetes and cardiovascular disease in Newham by helping people to stay healthy. The borough has the second highest predicted prevalence rate of Type 2 diabetes in England, with more than 24,500 of its residents currently diagnosed with diabetes.

There have now been over 300 participants who completed the programme, each of which gets their own lifestyle advisor to guide them through the process.

One participant is Michael, he is 55 and living in Newham whilst working in nursing. Michael got diagnosed as pre-diabetic with his GP after having a checkup, with high BP and high HbA1c levels. Because of this diagnosis Michael’s GP referred him to the 150Club, which he agreed to do, though he was very nervous before his first session. 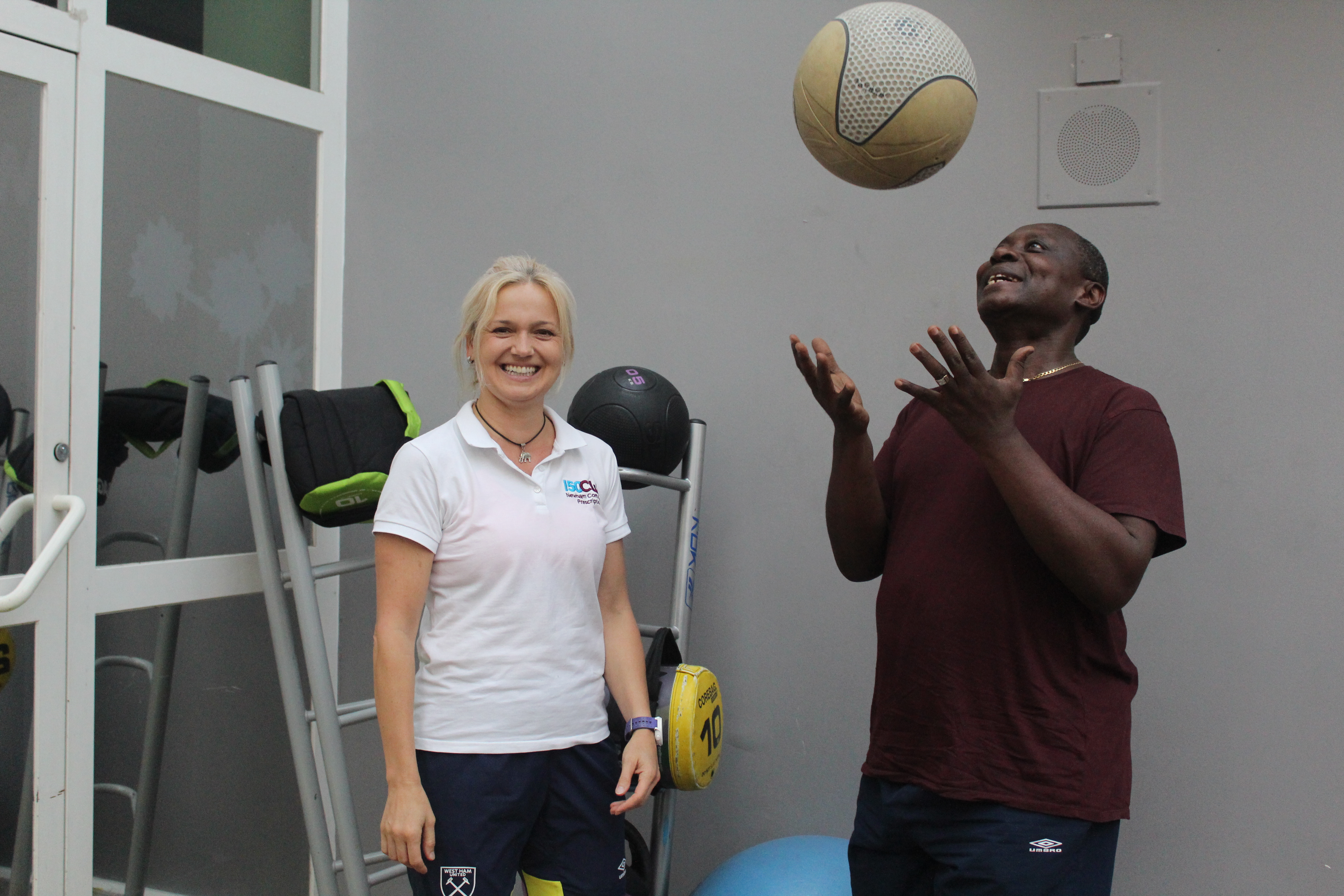 Michael said of his first session “I was trying to find any excuse not to come, I just thought I am too busy. But I decided to give it a try. When I met Layla, she was so warm, welcoming and caring."

During the 24-week programme Michael took part in Assisted Gym sessions with his Lifestyle Advisor Layla. Having a lifestyle advisor to personally help him meant that he knew how much time he should be spending at the gym, and it gave him the motivation to keep going that he’d lacked previously.

During his time at the 150Club Michael has said it has benefitted him multiple ways. Prior to being referred he used to eat a lot of red meat, thinking it was healthy, but having no fish and vegetables, but he has since transformed into a salad and fish lover. Instead of eating late he now has changed his lifestyle to allow him to eat earlier, which means he wakes up feeling more refreshed and lighter on his feet, whilst suffering less from breathlessness.

When asked if he would recommend the 150Club Michael was very positive: “People should make time join the 150Club, I set myself targets, it became fun for me and seeing the results was very motivating. If you love yourself, don’t make weight loss your primary focus but try and get more active, get fitter and eat the right food and get healthy. Now I feel happier, healthier, physically and mentally, more resilient and determined to stay healthy.”

The 150Club runs sessions across Newham offering a wide range of community-based activities for all levels of fitness. The main focus is tackling social inclusion, preventing both Type 2 Diabetes and Cardiovascular disease, whilst inviting participants to engage with the community. There is a wide range of activities including Zumba, Chair Based Exercise, Swimming and Spinning sessions.

Johnson: Players’ Project is at the heart of community