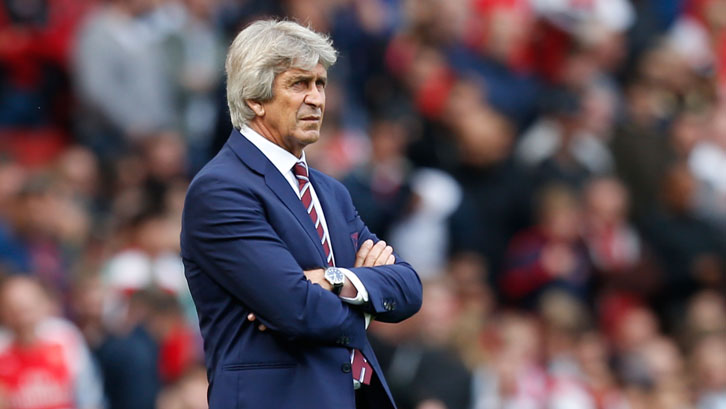 Manuel Pellegrini spoke to the press ahead of Tuesday's Carabao Cup second-round tie at AFC Wimbledon.

The manager was asked if he plans to make changes for West Ham United's first-ever meeting with the Dons at Cherry Red Records Stadium, and to reflect further on Saturday's Premier League defeat at Arsenal.

Here is what the boss had to say...

I think the fans appreciated the work the players put into the game and they also enjoyed the game. You can never enjoy a 3-1 defeat, but I think most parts of the game we created chances, we played as a big team and we played in the opponents’ side.

We weren’t just trying to get a result playing with Arsenal away. This is the style we will continue with in the future and I’m absolutely sure that, if the team continues in the current way, and I hope that the fans also will continue supporting, we will win more games than we lose.

First, what pleased me was the personality to come to Arsenal against a team with a lot of top players and play the way we played.

After that, I think we believed we can play in another side, and we don’t just need to get a draw when we play away. This team was more free in the way they played the game against Arsenal.

Of course, results are so important to gain the trust of the players but, if you talk with the players of our team, the fans and with the media, they will recognise that we played well on Saturday. Next game, we need to play well and we need to win because points are very important.

The more points you have, the more confidence you have to play.

You can see we are bottom of the table and I am not worried about that, but we need to get points soon. 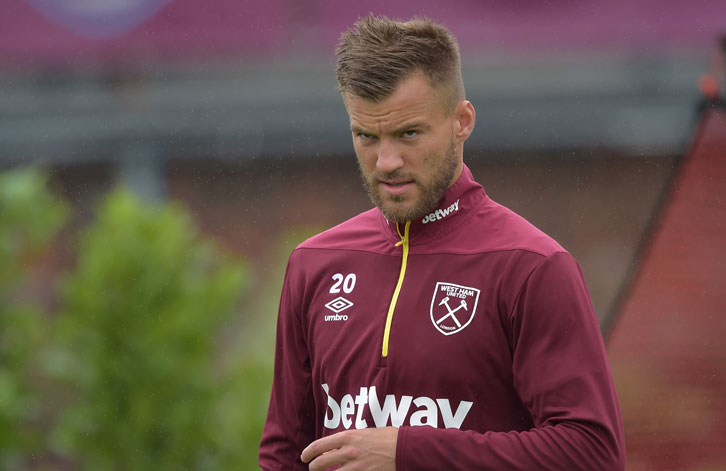 We have the squad to have a good season

I couldn’t find the starting XI immediately because there were players who arrived late and we had to put them into shape to try to play 90 minutes in the Premier League and that’s not easy.

We also need to integrate them into the team. For example, Andriy Yarmolenko will be a very good player for us in the future.

We are conceding too many goals for a lot of different reasons. I was happy with the way we defended in the game on Saturday – the second goal was very unlucky and the third was in the last minute when we were up the pitch searching for an equaliser.

Maybe the final score doesn’t reflect the amount of chances Arsenal had in our box or reflect the chances we created in Arsenal’s box.

It’s partly the nerves, partly it being the start of the season and partly the pressure to try to win, but we are going to fix it. 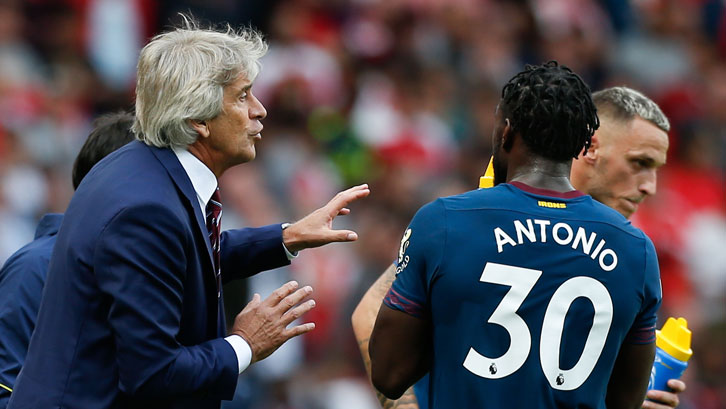 We are easing Michail back in after his surgery

I was asked about why Michail Antonio has started two games and was not involved against Bournemouth.

The answer is that Michail played the first game and he didn’t play the second because he had played the full 90 minutes and it was his first game after six months on from his surgery, so he couldn’t continue playing every game.

We rested him and that way he could work better during the week and could be ready to play this game.

Unfortunately for him, he has a slight problem in his ankle and that is why he did not complete the game, but he played very well.