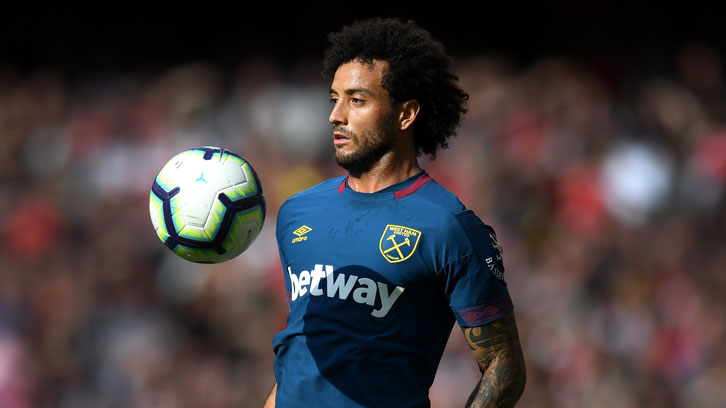 There was much excitement and anticipation when West Ham United completed the club-record signing of Felipe Anderson six weeks ago.

On Saturday, the Brazilian winger showed just why manager Manuel Pellegrini and director of football Mario Husillos were so eager to bring him to east London.

The 25-year-old was outstanding in the Hammers’ 3-1 defeat at Arsenal, recording his first Premier League assist for Marko Arnautovic’s first-half goal and regularly taking the game to the Gunners.

Playing in a central ‘Number Ten’ position behind Arnautovic, the 25-year-old revelled in the freedom the role granted him, picking holes in the Arsenal defence, often by running with the ball and drawing a defender or two before passing it to a teammate in space.

The most notable example of this came on 26 minutes, when Felipe Anderson picked up the ball 20 yards inside his own half and drove forward half the length of the pitch, attracting the attention of both Arsenal centre-backs, before sliding a perfectly-weighted square pass for Arnautovic to drive into the bottom left-hand corner of Petr Cech’s net.

Twice more before half-time, he was involved in dangerous attacking moves, seeing one shot blocked by Sokratis and then launching a counter-attack with an audacious clearance that ended with Arnautovic having a ‘goal’ ruled out for being marginally offside. 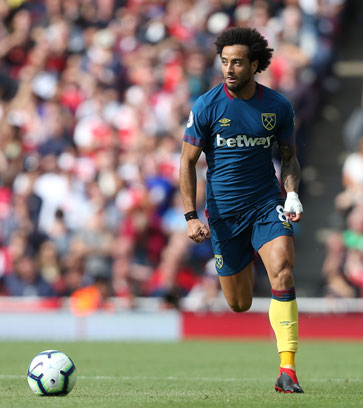 Into the second period and it was Felipe Anderson again at the hub of West Ham’s most threatening moments.

Ten minutes in and the No8 robbed Matteo Guendouzi before racing 60 yards to the edge of the Arsenal penalty area and crossing low for Arnautovic, whose first-time shot was saved by Cech.

It was scintillating stuff from the Brazilian, who went close himself a few minutes later, cutting inside past two Arsenal defenders before testing the goalkeeper with a rasping low shot.

And after West Ham had fallen behind, it was Felipe Anderson who looked most likely to drag his side back into the game, again bringing the ball forward from his own half before teeing up Lucas, who fired a cross-shot wide of the target.

While he may have ended on the losing side at Emirates Stadium, the Hammers’ boy from Brazil gave notice that he could become a real winner in Claret and Blue.