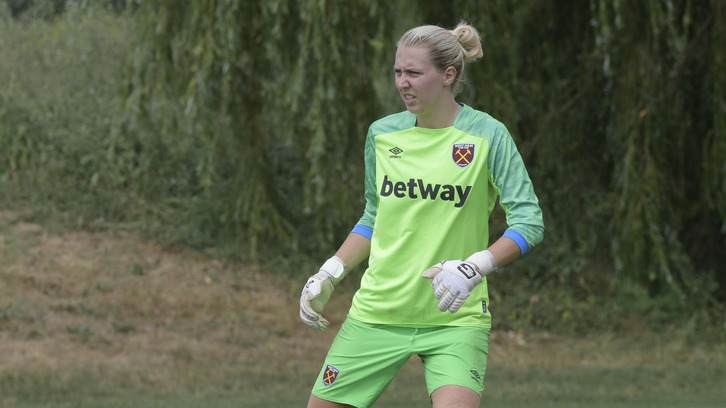 The 23-year-old will be a part of the 20-player squad that will travel to Sarpsborg, Norway at the end of August to participate in the competition, as the Young Lionesses look to defend the title they won last year.

Moorhouse moved to the Hammers this summer, joining Matt Beard's team from Arsenal, and is thrilled to have been called into the England U23s set-up for the first time.

"I'm absolutely thrilled to get called into the England squad for the Nordic Tournament," the shot-stopper told whufc.com. "It will be my first time with the U23s and I'm really excited to get the chance to show what I can do at this level.

"I've been training really hard since joining West Ham and working on improving, and I can't wait to link up with my England teammates at the end of the month."

England will take on host nation Norway on Wednesday 29 August, play against the USA on Friday 31 August and also meet Sweden on Monday 3 September in the round-robin competition.

Prior to that, West Ham United's women's team will play their first home match of the 2018/19 campaign at Rush Green Stadium on Sunday, when Moorhouse and her teammates will welcome Lewes FC Women in the Continental Tyres Cup.

General admission for this weekend's fixture is available at just £3, with tickets available here!