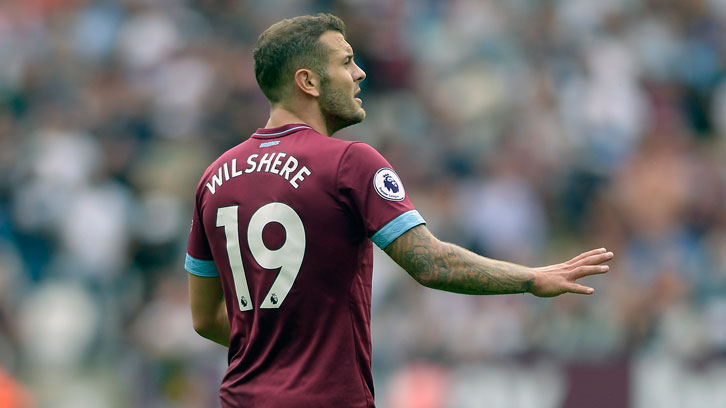 Jack Wilshere can be forgiven for feeling extra motivation to score a victory in West Ham United’s next Premier League fixture – Arsenal away.

After 17 years as a Gunner, Wilshere, who joined the Hammers in July, will return to north London for the first time as an opposition player on Saturday afternoon.

His commitment and achievements in red and white ensure he will receive a warm welcome at the Emirates Stadium, and the 26-year-old will surely feel a little emotional when he walks out to face the club where he spent two-thirds of his life.

However, Wilshere insists any sentimentality will not last for long. As a professional footballer and a West Ham player, he wants his new club, the club he supported before he had even heard of Arsenal, to score an important away win.

“I’ve got to try and block all the emotion out,” said the No19, illustrating that professionalism. “First of all, I’ve got to concentrate on football and I quite fancy our chances. I obviously know them really well. They’ve got a new manager, but I know the players, so hopefully it’ll be a good time to play them.

“It’ll be a strange one for me as I was never able to go there and play when I went out on loan as you can’t play against your parent club, but it’s one I’m looking forward to.

“It’s down to me to prove a point to Arsenal that they were wrong to get rid of me.”

West Ham and Arsenal both kick-off Saturday’s game without a victory or a point from their opening two Premier League fixtures. You can follow live coverage of the game on whufc.com and across our official social media channels.