West Ham United fans have voted in their thousands and, along with our panel of ex-players and experts, top spot in our #50GreatestHammers, in association with Official Investment Partner Basset & Gold, has been decided…. 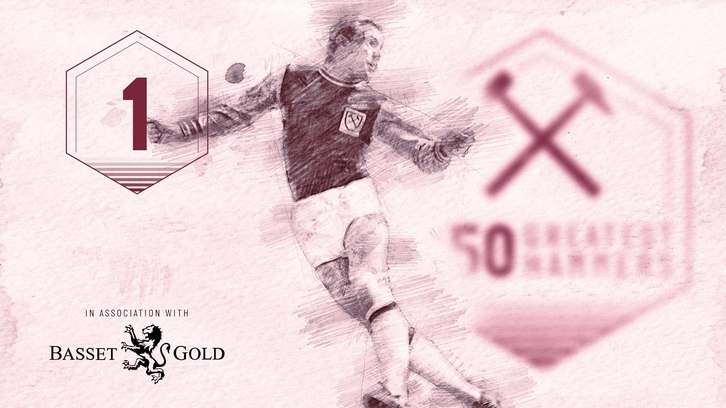 The Academy of Football’s favourite son; the England captain that lifted the World Cup, one of football’s finest ever defenders.

There are many titles awarded to the late, great Bobby Moore OBE, and now one more can officially be added; West Ham United’s greatest ever Hammer.

Born in Barking in 1941, no one can have foreseen the impact that Moore would have, not just on West Ham, but English football, during his years as a player.

Moore’s debut for West Ham United came on 8 September 1958, when a 17-year-old, blonde-haired defender took to the pitch for his local club in a 3-2 victory over Manchester United. It was the start of a career that is fondly remembered, not just by the Claret and Blue, but footballing fans everywhere.

From that moment on, Moore was a regular in the West Ham first team. His composure, despite his age, amazed all that saw him play. His reading of the game, his leadership of his team, and the timing of his tackles was up there with the very best.

It’s incredible to think that there were concerns over Moore’s ability against pacey forwards or those with aerial prowess. Beginning as a destructive half-back – now identifiable as a defensive midfielder – Moore’s potential in defence wasn’t recognised until February 1962, when manager Ron Greenwood pulled in to the back-line. 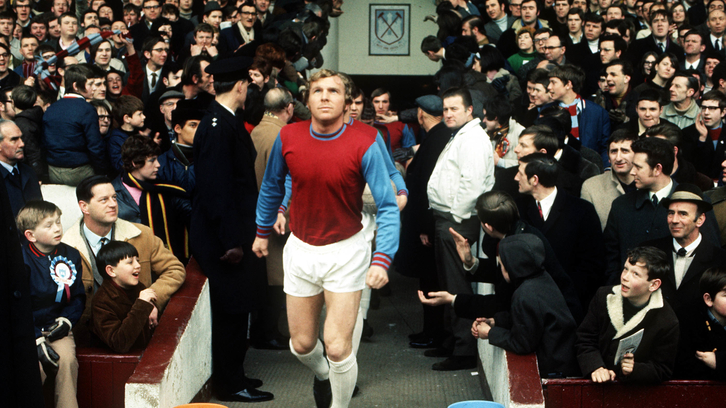 Moore immediately thrived in his new role, tidying up and taking control of the defence. His perception was everything; and it covered for every potential flaw completely. He became the heartbeat of the West Ham United team.

Moore would be a crucial part of the West Ham team that won the FA Cup in 1964, beating Preston North End 3-2 in a thrilling final. It was the start of the biggest years of Moore’s career, both for the Hammers and England.

Named the captain of the Three Lions at just 22-years-old, Moore had only made his debut the year prior, as a surprise call-up for the World Cup squad at the 1962 tournament in Mexico. He led the team out in just his 12th international appearance. He was given the role permanently in 1964 and became the cog the team was built around.

That 1964 FA Cup was the first of three consecutive Wembley finals for Moore, who won all three of them. The 1965 European Cup Winners Cup saw the Irons defeat 1860 Munich 2-0, before the most famous final in English football history a year later.

The centre-back’s fame comes from the summer of 1966. Having led the Irons to the League Cup final, it was the World Cup finals that truly established Moore as a world-class player. The defender captained England through the group stages, past Argentina in the quarter-finals and secured a win in the semi-finals over Portugal.

With England a goal behind in the World Cup final, Moore played a crucial role in the equaliser, finding Sir Geoff Hurst with a free-kick, which the striker headed home. A goal made at the Boleyn Ground. As England pushed for the win, leading 3-2 in extra time, Moore again found Hurst, setting up his teammate, and friend, for his hat-trick. 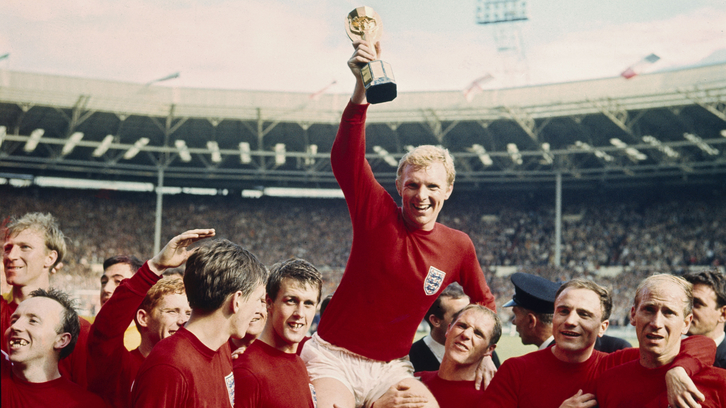 Lasting images have been left of that day, many of which are still talked about. The World Cup win saw Moore become the first every footballer to win the BBC Sports Personality of the Year title in 1966.

Moore remained with West Ham United until 1974, spending 18 years as a player for the Claret and Blue. The centre-back amassed an incredible 647 appearances for the Hammers, a number that has only been topped by Billy Bonds and Frank Lampard Sr. He won four Hammer of the Year awards.

In 1993, Bobby Moore would tragically lose his life at just 51-years-old, after a battle with bowel and liver cancer. It wasn’t the legendary player’s first fight with the disease, having successfully seen off testicular cancer in 1964. Such was Moore’s determination, that he fought the condition in secret. Indeed, Moore only revealed his fight ten days before his passing.

The formation of The Bobby Moore Fund later that year continues to help raise public awareness of the disease, while honours continued to be bestowed upon the West Ham legend.

Moore was inducted into the English Football Hall of Fame in 2002. He was also named in the FIFA World Cup All-Time Team and the World Team of the 20th century.

In 2008, West Ham United posthumously retired the No6 shirt in honour of the captain. It was a fitting tribute for the Hammers favourite son.

Bobby Moore – the number one in the #50GreatestHammers – gone, but never forgotten.