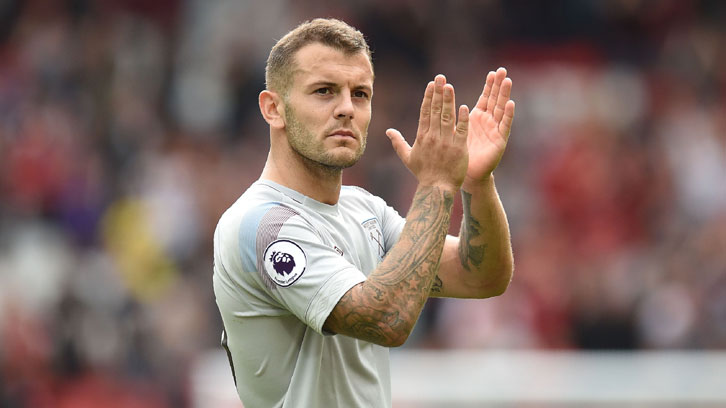 Jack Wilshere is looking forward to sharing a pitch with Lucas Perez for the first time after being reunited with his old Arsenal squad-mate at West Ham United.

The pair shared a training pitch on many occasions but, with Wilshere spending the 2016/17 season on loan at Saturday’s opponents AFC Bournemouth and Lucas returning to Spain to play for former club Deportivo La Coruna last term, they amazingly never played a competitive fixture together for the Gunners.

Both players decided their future lay with the Hammers this summer and they could make a belated appearance together at London Stadium this weekend.

Should they do so, Wilshere believes Lucas, who created more chances than any player in La Liga last season bar Barcelona’s Lionel Messi, will bring ‘real quality’ to Manuel Pellegrini’s side.

“To be honest, I’ve never played a game with him but I trained with him because last season we were both in a similar situation as we’d both been told we could leave [Arsenal],” the England midfielder told whufc.com.

“He decided to go to Deportivo and I decided to stay and fight for my place, but there was a period of three or four weeks when we were in a group who trained on our own and he has got real quality.

“He’s calm in front of goal, he can finish, he’s got a personality on the pitch, he’s got character and I’m looking forward to finally getting to play alongside him, you know.

“We’ve been teammates, if you like, for the last two and a bit seasons, but we’ve never played a game together so I’m looking forward to it.”

*Seats for Saturday’s Premier League visit of AFC Bournemouth to London Stadium are available now to all West Ham United supporters via the Ticket Exchange.