Xande Silva: Scoring goals is what I do

Xande Silva says he has come to West Ham United to score goals after netting a competitive debut hat-trick for the U23s against Tottenham Hotspur.

The 21-year-old scored three goals in nine minutes of football either side of half-time to take the Irons from a goal down to a 3-1 victory in the side’s first Premier 2 fixture of the 2018/19 campaign.

Xande Silva was thrilled to make a goalscoring first appearance for Liam Manning’s side, and has told supporters to expect more finishes in the games to come.

It’s my debut for West Ham and it’s also my first three goals – a hat-trick – and I’m delighted.

Xande Silva knew the importance of a strong start to the campaign, particularly against fellow London side Tottenham, having been informed of the derby by his new teammates at West Ham. 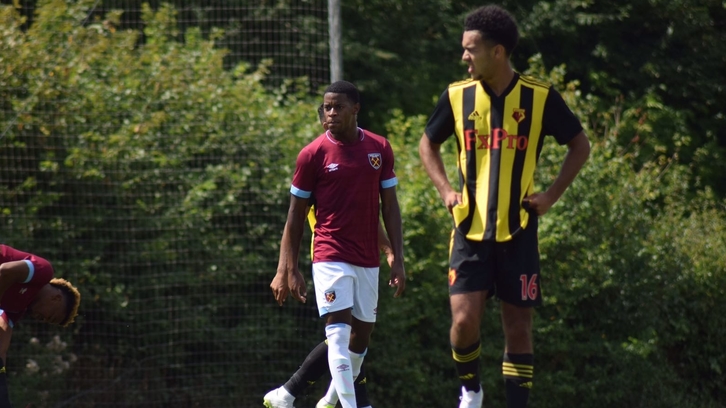 “I know playing against Tottenham is always a big game here in London. I know it’s a derby and I’m really happy with the performance.”

The young forward, having made an incredible impact in his first showing for the U23s, is now ready to make his first home appearance for the side next weekend against Manchester City.

He added: “I’m looking forward to it, but I must rest now! This week I have time to think about the next game.”