Pellegrini: We must improve our performance against Bournemouth 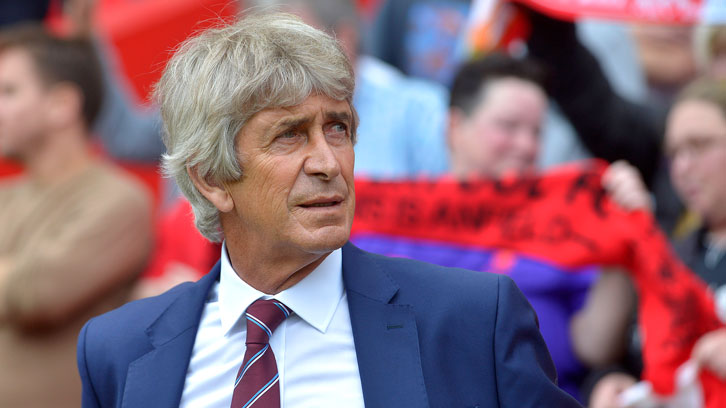 After a positive pre-season, the last thing Manuel Pellegrini would have wanted was his team to produce a subpar performance against one of Europe’s top sides.

Unfortunately for West Ham United’s new manager, that is exactly what happened at Anfield on Sunday, resulting in a 4-0 defeat by UEFA Champions League runners-up Liverpool.

Despite meticulous planning and Pellegrini vowing to play his own game, West Ham were second best to the Reds, who ran out deserved winners.

Liverpool may not have lost any of their last 21 home Premier League matches, but the manager was still disappointed with his side’s performance at both ends of the pitch.

We are going to see and going to work on what we need to improve during the week, of course

“I was so upset with the way we defended and I was not happy with the way we attacked,” he said, matter-of-factly. “We didn’t create too many chances, except for a ten-minute period in the first half, and we didn’t have good possession of the ball, so we need to improve in that.

“Every time that you bring in so many players it is difficult to adapt to a new system but we are just starting the season, we need to continue working hard, analyse this game and think about the next game where we will be better and which players are in their best moment.

“I don’t analyse the individual players. I think that our team, we conceded four goals because we made some mistakes in our defending.

“It was one of our targets to get some points at Liverpool away, but we didn’t so now we return to the pitch on Tuesday and start thinking about Bournemouth.”

AFC Bournemouth themselves kicked-off with a home victory over Cardiff City on Saturday and will be no pushovers, but Pellegrini is determined to make a winning start when he takes charge of his first match at London Stadium.

He may be quietly spoken, but the 64-year-old is a born winner who demands the highest possible standards from his players and staff.

Make no mistake, the boss will be determined to prepare his players to produce a much-improved display against the Cherries next weekend.

“We are going to see and going to work on what we need to improve during the week, of course.

“Everyone knows we had a difficult start, but nobody accepts that we should lose 4-0, so we need to analyse the game, continue working and then start thinking about Bournemouth at home because we must target the three points.”