West Ham United are delighted to announce the signing of striker Lucas Perez from Arsenal.

Lucas makes the move across London and signs a three-year contract with the Irons, having played in the Premier League and La Liga over the past two seasons with the Gunners and on loan for Deportivo de La Coruna.

“West Ham have great fans and play in an amazing stadium, so to sign here brings me great joy. I’m very motivated.”

Director of Football Mario Husillos welcomed Lucas to West Ham and believes Manuel Pellegrini’s squad will be the perfect environment for the Spaniard to thrive.

“We welcome Lucas to West Ham United,” he said. “He is a very experienced player that Manuel and I both know well from Spain.

“He has great technical quality, and can play as both the main striker or the second striker in a deeper role. He scores goals, but can also create them and link well with the midfielders.

“His style is different from the other strikers we have available to us, and that gives the manager more options for our attacking play.

“Lucas also has experience of the Premier League with Arsenal, and is familiar with life here in London, which of course means that he will take less time to adapt and be ready.

“From the very first meeting I had with Lucas, he made it very clear that he wanted to come to West Ham United and, for us, this is very important. We wish him every success during his time here.” 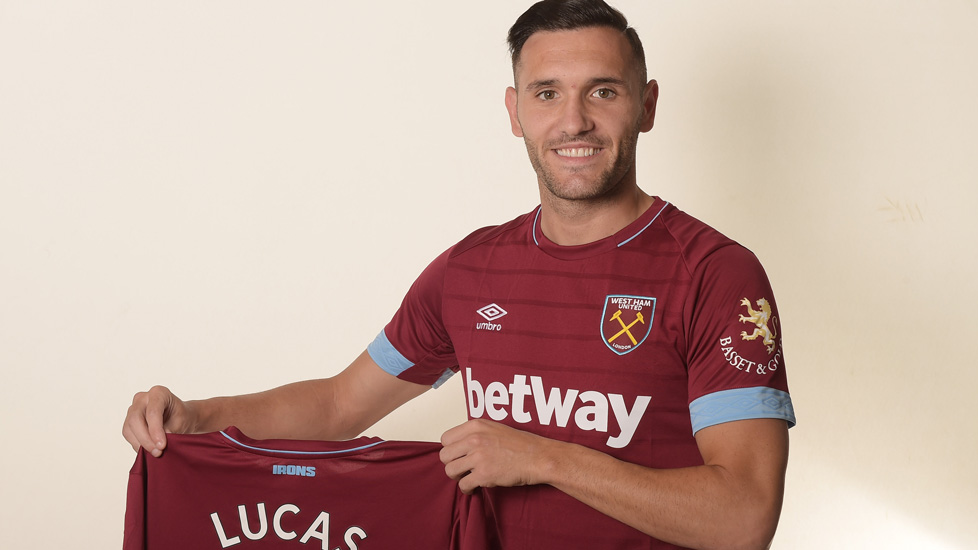 Born in A Coruna, Galicia, Lucas moved to Madrid to sign for Atletico Madrid’s C-team as a teenager. The forward played two seasons in the Tercera Division before transferring to Rayo Vallecano in 2009.

In his first season with Rayo, Lucas helped the reserve team earn promotion, before making five appearances for the first team in the 2010/11 campaign, as they returned to La Liga after eight years in the second division.

A switch to Ukraine followed for Lucas in January 2011, who signed with FC Karpaty Lviv. The attacker scored 15 goals in 60 appearances for the club, including a hat-trick in a 4–0 home win over FC Kryvbas Kryvyi Rih in November 2012.

Eight finishes in 17 league matches in the 2012/13 season saw Dynamo Kiev loan Lucas for the remainder of that season, and then the striker was transferred to PAOK of the Greek Superleague that summer.

Twelve goals for the Thessaloniki-based club across 52 showings helped POAK reach the final of the Greek Football Cup in the 2013/14 season, and put him on the radar of Deportivo de La Coruna.

The striker was given a return to his native Spain, initially on loan, with his boyhood club, before they made the move permanent in 2015. Lucas rewarded the La Liga side’s decision with his best-ever return in a season, netting 17 goals for the club.

A big-money move to the Premier League with Arsenal followed in 2016, where he assisted an equalising goal on his debut. The striker netted his first goal for the north London side against Nottingham Forest in the EFL Cup, and struck with a Champions League hat-trick in a 4-1 win away to Basel. Lucas was loaned back to Deportivo for the 2017/18 campaign, scoring seven times in all competitions.

With an average of a goal every two-and-a-half games across his career, Lucas brings experience and tenacity to the West Ham front line.

Everyone at West Ham United would like to welcome Lucas and his family to the Club and wish him every success in his career with the Hammers. 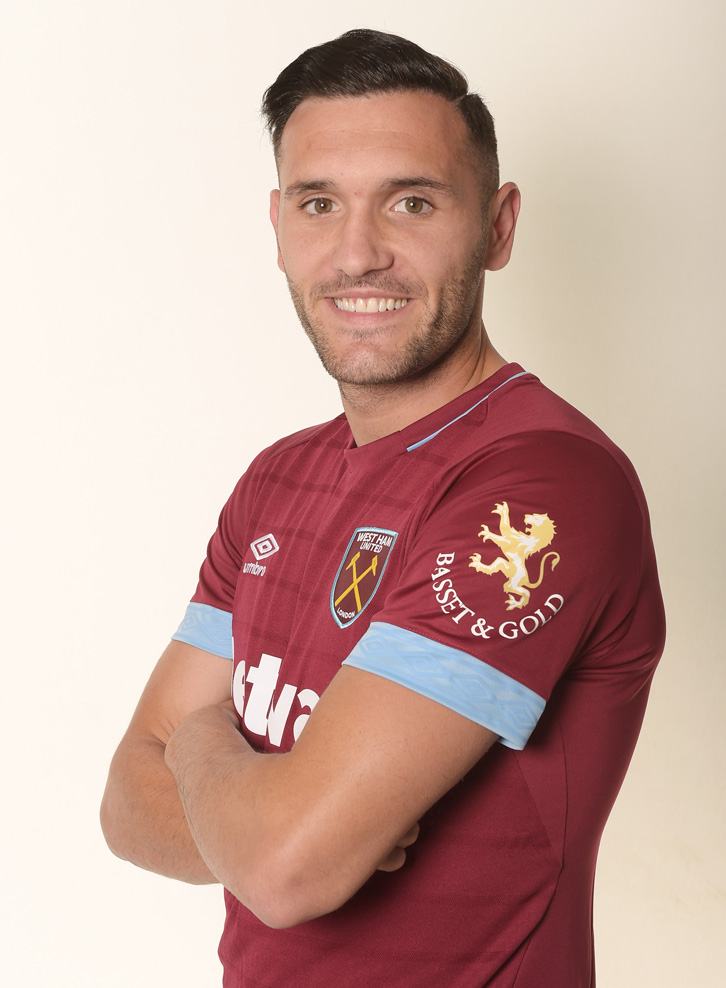